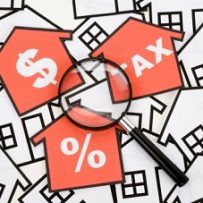 The Canada Mortgage and Housing Corporation (CMHC) is giving $250,000 to Generation Squeeze, an advocacy organization for young Canadians, to research ways to improve housing affordability. The group stated it will focus on “wealth generated by rising home values,” which incited fears the government is considering a home equity tax on the capital gains generated when Canadians sell their homes.

But more taxes won’t increase affordability. If the government really wants to know why housing is unaffordable, it could have saved the $250,000 and looked in the mirror. Governments at all levels drive up the cost of housing in two ways: by restricting the housing supply and by increasing housing costs through taxes and fees.

The CMHC defines housing as affordable when “it costs less than 30 per cent of a household’s before-tax income,” which includes rent or mortgage (principal and interest) payments, property taxes and other home bills.
In Canada’s big cities, the average mortgage payment represents 44 per cent of homeowners’ income. Canada’s least-affordable cities include Toronto (where it’s 57 per cent) and Vancouver (69 per cent). In Vancouver, it can take over 31 years for a family with average income and a 10 per cent savings rate to save for a mortgage down payment.

The price of housing increases when demand from population growth outpaces supply. Toronto became the fastest-growing metropolitan area in North America in 2019, growing by 127,575 people in a single year — even though only 102,000 homes were added in the three years since 2016.

Instead of addressing their own regulations that suffocate supply, governments have instead focused on red-herring policies to suppress demand, such as targeting foreign buyers. Ontario’s non-resident speculation tax collected a meagre 156 payments in Toronto in the first quarter of 2019, this in a city that expects to grow by 41,000 people per year. Foreign buyers are a drop in the bucket. Vancouver’s foreign-buyer tax also failed. No wonder. “We’re using demand tools to fight supply issues,” says Benjamin Tal, deputy chief economist at CIBC World Markets.

Governments could increase supply by acting promptly and reasonably on zoning matters. In Ontario, re-zoning can take up to seven years and there’s currently a lengthy backlog, including 100,000 units held up in Toronto alone. Former premier Kathleen Wynne added to the problem by dismantling the Ontario Municipal Board that expedited decision-making. Premier Doug Ford deserves credit for Ontario’s Housing Supply Action Plan, which aims speed up the process and increase density around transit hubs.

Governments also drive up the cost of housing with taxes and fees. The Building Industry and Land Association found that some development charges in the Greater Toronto Area had increased by up to 878 per cent since 2004. That adds a cost of $164,500 to the average condo in new high-rise developments in Toronto.

Taxes also drive up the cost of housing. The average cost of a detached home in Toronto is currently $1.52 million. Land transfer taxes will add nearly $54,000 to the price. Property taxes will cost another $9,138 this year and more next year.

Renters also need affordable housing. According to RBC, rental vacancy rates below three per cent have historically caused rents to increase. Toronto and Vancouver vacancy rates are below one per cent at the moment and the cities have rental deficits of 9,100 and 3,800 units respectively.

Rent control discourages the development of purpose-built rentals, which represented only six per cent of the 48,000 new rental households developed in Toronto from 2011 to 2016. Economist Assar Lindbeck once described rent control as “the most efficient technique presently known to destroy a city — except for bombing.” Governments should instead incentivize the development of purpose-built rentals by reducing development charges and taxes.

A home equity tax would be but the latest example of politicians using housing as their personal ATM. Before they can fix the housing affordability crisis, taxpayers need to understand that government is the reason housing is unaffordable, and more taxes will only make things worse.