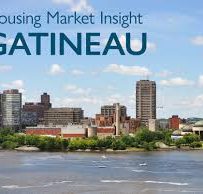 Our latest Housing Market Insight for Gatineau covers trends in residential construction in the area since 1990. More specifically, it looks at the proportions of housing starts accounted for by apartments and houses and how these proportions changed over time. It also examines the reasons for the changes.

In Gatineau, residential construction fluctuates annually depending on various factors. In the long term, though, population growth is what dictates the need for new homes. In fact, from 1987 to 2016, the average annual net household formation was nearly the same as the average annual number of housing completions.

When broken down into housing types, we see that residential construction for apartments and houses followed their own trends:

The transition in the patterns of housing starts began around 1998 and was brought about by a number of factors.

Gatineau is the census metropolitan area (CMA) with the strongest population growth in all of Quebec. This population growth is concentrated at the younger and older household age groups. Because young people and seniors are the main sources of demand for apartments, Gatineau’s population growth has encouraged the construction of this housing type.

These factors all boosted the need to build smaller units, such as apartments, rather than larger ones, like houses.