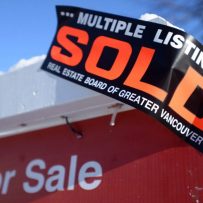 The disparity between supply and demand has been largest in the two cities, but “we do not fully know why this is the case,” said the Canadian Mortgage and Housing Corporation, in a report it released Wednesday.

Toronto and Vancouver’s real estate markets have responded to surging prices and a growing demand for homes with a supply of new housing that is “significantly weaker than other Canadian metropolitan areas.”

The disparity between supply and demand has been largest in the two cities, but “we do not fully know why this is the case,” said the Canadian Mortgage and Housing Corporation, in a report it released Wednesday on escalating house prices in the country’s large metropolitan centres between 2010 and 2016.

Data gaps are keeping CMHC from developing a full picture of why Montreal, Calgary and Edmonton don’t have as big of an inconsistency between supply and demand as Toronto and Vancouver do, but CMHC’s deputy chief economist Aled ab Iorwerth said he has noticed Calgary and Edmonton responding to demand with “horizontal sprawl.”

As for Montreal, he said “they already have a large rental sector, there is perhaps an acceptance of living in denser housing there and they seem to be more ready to convert industrial land into housing.”

Helping housing supply catch up to demand in any of the country’s major cities will involve combating urban sprawl and increasing densification, while dealing with affordability, infrastructure and environmental issues, said CMHC’s report.

It also noted that a lack of supply in Vancouver and Toronto had buyers gravitating towards condos — which were more plentiful and have seen a spike in investor demand — as well as high-end homes. Almost all the growth that CMHC saw in prices came from expensive, single-detached homes.

“While Toronto and Vancouver showed large and persistent increases in prices, there was only modest price growth in Montreal,” the report said. “Home prices in oil-dependent Calgary and Edmonton ended the period slightly higher.”

Between 2010 and 2016, CMHC found house prices jumped by 40 per cent in Toronto, with 40 per cent of that rise attributable to growth in jobs, population, disposable income and previously low mortgage rates.

Those factors contributed to 75 per cent of the 48 per cent increase Vancouver saw in the same time frame.

Understanding major Canadian markets posed a “persistent challenge” for CMHC because of the impact many realtors and economists believe foreign investors are having on the market.

CMHC has previously said 52 per cent of the buyers who purchased a home recently in Toronto or Vancouver believe foreign buyers are having an influence on home prices in those centres.

CMHC said, “Even though official data on non-resident owners appears low, it is possible that the perceived impact of their presence could alter expectations of domestic homebuyers on the price they should pay to secure the purchase of a home.”