From Poster Child to Problem Child: The Canadian Dollar in 2019 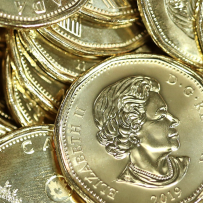 Canada’s dollar may have gotten off to a flying start in 2019, outperforming all its Group-of-10 peers except the British pound, but those good times may be a thing of the past.

Weaker-than-expected local economic data is combining with a decidedly more downbeat view from the central bank to put a damper on the currency, and some analysts are calling for the loonie to weaken significantly as the year progresses.

Prospects for the Canadian dollar “have shifted considerably to the downside over the medium-term,” according to Mazen Issa and Mark McCormick, foreign-exchange strategists at TD Securities. The currency has established itself as a “problem child” among G-10 peers and “the positives are hard to find,” they wrote in a note Friday.

That wasn’t the case earlier in the year. In January, the Canadian dollar outstripped all its G-10 peers to notch a gain of almost 4 percent. It’s struggled since then though, with the Bank of Canada last week watering down talk of higher rates, and economic growth figures earlier this month coming in worse than expected. The loonie is now close to 2 percent below its early February peak and it was around C$1.3343 per U.S. dollar in New York trading Friday following poor housing data this week.

Citigroup technical strategists including Tom Fitzpatrick are also painting a bearish picture for the Canadian dollar. Based on their analysis, they are targeting a range of C$1.36 to C$1.37 per U.S. dollar. The dollar-loonie pair appears to be holding good support and an upward trend may re-emerge in the pair should the loonie hold support around C$1.3288 to C$1.3291, in their view.

To be sure, some market watchers are not so pessimistic about the loonie. Data trends remain positive for the Canadian dollar as U.S. data disappointments “far outweigh” the improving trend in Canadian data surprises, according to Shaun Osborne and Eric Theoret at Scotiabank.

Risk reversals suggest a “modest improvement” in Canadian dollar sentiment and Scotia’s modeling shows “modest downside risks” for the dollar-loonie pair in the coming week, according to a note published Friday. Scotiabank expects the pair to trade within a range of C$1.3300 to C$1.3450 for now, but that with spreads between American and Canadian yields unlikely to widen much more, the U.S. currency’s ability to rally will be constrained, the analysts say.

TD is more pessimistic about the Canadian dollar. On Friday the bank downgraded its forecasts for the Canadian dollar, and it now sees it trading within a range of C$1.35 to C$1.40 per dollar for much of this year. That follows an earlier call from TD for the BOC to keep rates on hold through 2020.

And the analysts say that the balance of risks for their dollar-loonie forecasts “may be skewed to the upside.” Their projections are based on an assumption that the Bank of Canada will remain on hold, but they do note “a case could be made for easier policy — especially if the global outlook does not improve.”