From heated bike lanes to privacy concerns: What you need to know about Sidewalk Labs 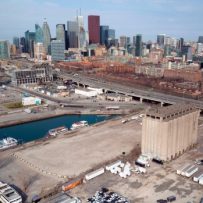 Sidewalk Labs is in the news again.

After over a year of planning and amassing controversy, the futurist company released the master blueprint for its “smart city” project in Toronto’s underdeveloped eastern waterfront last week.

With both enthusiasts and opponents poring over the behemoth 1,500-page document, here’s a breakdown on what you need to know about the Sidewalk Labs and its vision.

WHAT IS SIDEWALK LABS?

Sidewalk Labs is the urban planning subsidiary of Google’s parent company Alphabet Inc. It was founded in 2015 with the aim of improving city life through technology, tackling issues such as affordability, transportation and environmental sustainability.

In its proposal, Sidewalk said it will team up with local partners to provide $1.3 billion in funding for the project. The company plans to start with the construction of a five-hectare neighbourhood called Quayside, the first phase of massive 80-hectare “IDEA District” development. Third-party consultancy firm urbanMetrics says the development could add $14.2 billion annually to Canada’s GDP and create 44,000 permanent jobs.

Sidewalk says it will construct all Quayside buildings out of environmentally-friendly mass timber and that it will offer 40 per cent of its housing units at below-market rates. Other features outlined in the plan include prominent use of open spaces, heated bike lanes and an ever-present Wi-Fi network.

WHY HAS THE PROJECT BEEN SO CONTROVERSIAL?

The project has drawn a lot of criticism over Sidewalk’s plans to gather citizens’ data. The Canadian Civil Liberties Association even sued government entities and Waterfront Canada over the project, saying the data collection amounts to “unlawful surveillance” and that it violates Canadians’ personal privacy.

WHAT DO WE KNOW SO FAR ABOUT WHAT HAPPENS WITH THE DATA?

Sidewalk has attempted to quell the outcry over privacy concerns, vowing strong data-gathering guidelines and oversight from a government-sanctioned independent trust. The company says it will make the data publicly accessible after ensuring proper privacy protections, so that third-party tech companies can build upon the information to create further innovations.

Sidewalk Labs has also pledged not to share the personal data collected with siblings such as Google or use it for advertisement purposes.

WHAT’S ALPHABET’S ROLE IN THE PROJECT?

As part of Sidewalk’s vision of a “global hub” for tech, its parent Alphabet has committed to build a new Google Canada headquarters within the IDEA District. That aside, Sidewalk says being a subsidiary of the tech giant will give it access to “patient capital” so it can think long-term.

IS THE SMART CITY FEASIBLE?

The massive draft proposal falls short on certain details, particularly with regards to government commitments for developments outside the Quayside area. Sidewalk partner Waterfront Toronto has voiced some concerns over the proposal, with Board Chair Stephen Diamond calling the concept  “premature” in an open letter last month. He also said Waterfront Toronto would only back the project if the city, which owns the bulk of the surrounding land, supports it.

Diamond also said Waterfront Toronto is concerned about the government commitment needed for certain aspects of the proposal, such as extending public transit to Quayside prior to development and regulatory changes.

The Toronto Region Board of Trade released an open letter Thursday signed by civic and business leaders in support of the project. The letter says that while there are details that need to be resolved, the proposal offers “exciting ideas” that can help Toronto “tackle some of its major challenges.”

WHEN WILL WE KNOW IF THIS PROJECT IS BUILT?

Not for a while. The newly-unveiled proposal awaits public consultations and a review by Waterfront Toronto and the City of Toronto. The city expects to deliver its report on the project in the second quarter of 2020.