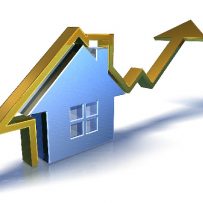 There are four key reasons housing prices have soared in Vancouver and Toronto over the last two decades, according to a report released by RBC on Friday. And foreign investment is not one of them.

The report estimated that since 1999, home prices in Toronto have increased 162 per cent in Vancouver and 140 per cent in Toronto. There have been many theories as to why this has happened, but according to RBC, there isn’t one singular factor to blame.

These four factors are responsible for about 85 to 90 per cent of home price appreciation in Vancouver and Toronto over the last 16 years, according to the report. As for the remaining 10 to 15 per cent, there are a few other contributing factors – including foreign buyers.

RBC noted that while they probably only account for a small percentage of home sales, foreign buyers likely drag up home prices in the mid- and low-end of the market.

“The demand for Canadian real estate partly reflects a view that Canada is a safe haven for investment by global investors reflecting a stable political system, strong financial system, and quality education, healthcare and social services,” the report stated.

Another notable factor contributing to home price appreciation, according to RBC, is geographic constraints, which have limited residential development and densification.

Despite the wide range of factors strengthening home prices in the country’s hottest housing markets, RBC expects the appreciation of home prices in Toronto and Vancouver to eventually moderate, reflecting affordability challenges.

There is also some concern that China’s Qualified Domestic Individual Investor Program (QDII2) could drive prices in Toronto and Vancouver higher. The details and launch date of the program remain unclear, but it would allow individuals in China with a minimum net worth of $200,000 to invest up to 50 per cent of their assets outside of the country in real estate and securities.