Forget oil: Why natural gas could be poised for even bigger things in 2017 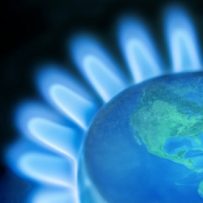 CALGARY — In March 2016, natural gas producers in Canada were staring down another bleak year in what had been a string of difficult years marked by low prices. Henry Hub natural gas prices had fallen to 23-year-lows following an unusually mild winter heating season and storage levels remained high.

Mercifully for the gas sector, the rest of the year was a dramatic improvement driven by a hot summer and record-setting seasonal natural gas burn for power consumption, which sent the commodity on a 48 per cent rebound over the balance of the year.

Multiple analysts expect natural gas, which is used to heat homes in the winter and to generate electricity, is poised for another strong year in 2017 and Canadian companies could benefit from strong demand and underwhelming supply from key U.S. basins.

“For Canadian natural gas producers, the future has brightened considerably from what seemed to be bleak prospects just 12 months ago,” GMP FirstEnergy commodity analyst Martin King said in a year-end research note and price outlook for the commodity.

King predicts natural gas is in for “a multi-year bullish price run” and said “Canadian natural gas markets are well placed to push growing supplies into a hungry U.S. market for the next couple of years.”

Piper Jaffray & Co. senior analyst Pearce Hammond wrote in a note published Dec. 22 that the surplus of stored natural gas in the U.S. was “evaporating” and storage levels in the country were set to dip below their five-year average — which is another bullish signal for prices.

“We expect prices to see further gains next year, but a sustained move above US$3.30 per million British thermal units is unlikely given the probability of a rapid supply response from domestic shale drillers,” Scotiabank commodity economist Rory Johnston said in a report.

King, however, believes prices could improve further and is not convinced that American natural gas producers can meet the rising demand for the commodity on their own. “The supply story remains the foundation of our price bullish view on the market for the next two years at a minimum,” he said.

The majority of America’s natural gas supply is produced in the Marcellus and Utica shale formations underlying Pennsylvania, Ohio and neighbouring states. Drilling in those formations, however, has only recently recovered to 2016 levels and may be insufficient to meet the demand in the market.

Furthermore, King said, U.S. shale gas producers are challenged with pipeline constraints and it is not clear exactly when new pipeline capacity will become available as both the Nexus pipeline, proposed by Spectra Energy and now owned by Enbridge Inc., and the Energy Transfer Partners’ Rover pipelines have been challenged by environmental groups and state legislators.

“All in, we expect that 2017 and 2018 will prove to be one of the most immense challenges in terms of growing U.S. domestic natural gas supplies since the late 1960s,” King wrote.

The beneficiary of that challenge could very well be Canadian natural gas producers.

“With the U.S. market facing immense challenges, we think there are plenty of opportunities for Canadian natural gas supplies lining up over the current heating season and for the balance of 2017 and 2018,” King said.

King recently increased his forecast price at the AECO hub, where Albertan-produced gas is priced, and now expects AECO gas prices to average $3.52 per mcf over the course of 2017, rising to an average of $3.83 per mcf at the end of 2018.

Natural gas production from Canada’s Deep Basin in northwestern Alberta, he said, should rise by 500 million cubic feet per day in 2017, after a 400 mmcf/d gain last year.

If natural gas prices are in for an expected multi-year bullish price run, then a handful of Canadian gas producers could go along for the ride. In investment bank GMP FirstEnergy’s latest stock price estimates for intermediate oil and gas exploration and production companies, four of the top five picks are gas-weighted producers. The firm released two updated lists of stock price estimates on Thursday, both of which show gas weighted producers offering the highest 12-month expected return.