Five things you need to know about the Brookfield-Genworth deal 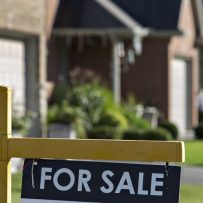 Who are Genworth and Brookfield?

Richmond, Virginia-based Genworth Financial Inc. is an insurance company founded in 1871 that has units in retirement and long-term care, mortgage insurance and an international division.

Why is Genworth selling the Canadian unit?

The company is trying to overcome regulatory hurdles in order to be acquired by Chinese conglomerate China Oceanwide Holdings Group Co., a Beijing-based family-run business, for US$2.7 billion. The governments of the U.S., China, Hong Kong, Australia and Canada have raised concerns that have delayed that deal since it was agreed in 2016. Selling assets may ease those concerns. Genworth and Oceanwide have agreed to extend their merger deadline to this year’s end.

What else is weighing on Genworth?

Genworth is trying to streamline operations as it struggles to improve its profit.

The insurer’s net income fell 85 per cent to US$119 million last year as its U.S. insurance segment suffered a US$376 million loss. The company depends on U.S. operations for 90 per cent of revenue.

What does it mean for Brookfield?

The property company will join the mortgage insurance business, that has high barriers to entry, with a unit that has strong, consistent earnings, according to Brookfield Business Partners managing partner David Nowak. The unit will compete against Canada Guaranty Mortgage Insurance Co. and the federal government’s Canada Mortgage & Housing Corp. All homebuyers in the country have to use one of the companies if they have less than a 20 per cent down payment. High prices in metropolitan areas such as Vancouver and Toronto help maintain their market share.

Brookfield will purchase 48.9 million shares for a 57 per cent stake in Genworth MI Canada Inc. The price of $48.86 a share is a 5.1 per cent discount to Genworth MI’s closing price Monday. Brookfield will fund the acquisition with US$700 million of its own and an US$850 million bridge loan. The deal, intended to close in the second half of the year, must be approved by the Minister of Finance. Shares in Genworth increased by as much as 10 per cent after the deal was announced.