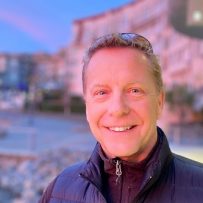 When former Victoria police superintendent Scott McGregor was hired in May 2019 to lead the first compliance and enforcement unit for B.C.’s often contentious Residential Tenancy Branch (RTB), he was referred to as the “enforcer” by Housing Minister Selina Robinson.

But, after two years on the job, McGregor says he was surprised at the level of co-operation among landlords and tenants, even when Canada’s toughest rental regulations were ushered in with COVID-19 in 2020.

McGregor’s years of policing experience did not prepare him for dealing with B.C.’s 675,000-unit rental housing universe that generates an average of 20,000 hearings a year on landlord-tenant disputes.

“In B.C., uniformed police are called in due to landlord and tenant issues every single day,” he said, adding that these can be “quite emotionally charged” encounters.

Yet, McGregor said, since setting up and running the five-person enforcement unit, he seldom has had to use his nightstick, which can include fines of up to $5,000 for scofflaws.

In April 2020 when the B.C. government brought in a series of COVID-19 emergency measures that froze rental rate increases and banned evictions for non-payment of rent, McGregor said he braced for a wave of complaints from landlords.

“I was pleasantly surprised when my prediction was proved wrong,” he said. “Our complaints actually went down for quite a period of time.”

McGregor said that “many, many tenants across many tenancies stopped paying rent, but landlords did a pretty amazing job in not reacting to that.”

The enforcement unit is really focused on the “frequent flyers,” those landlords and tenants who repeatedly ignore RTB regulations, McGregor said.

Since the unit opened it has launched 183 investigations, some of which dated as far back as 2017, and has closed all but 43 of those.

McGregor estimated that 83 per cent of complaints are from tenants and 17 per cent are from landlords.

But, since the unit was formed, there have been only 10 investigations that resulted in a monetary penalty.

In one of the worst cases, a tenant had dodged nearly $64,000 in rent payments over a 12-year period in multiple rentals. Another had failed to pay $35,000 in rent for a total of 28 months through 14 separate tenancies. As well, three landlords were also charged the maximum $5,000 fine for either failing to make essential repairs or consistently seeking illegal rent increases or evictions.

There was a spike in disputes in September 2020 when the eviction moratorium was lifted, McGregor said, but the vast majority were settled among the landlords and tenants themselves.