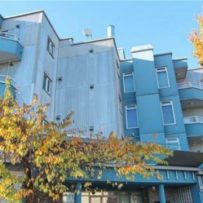 The federal government has announced it will invest $150 million in affordable housing in British Columbia, as real estate prices in the province continue to skyrocket.

The money will be spread out over the next two years and is part of the $2.3 billion the Liberal government pledged to spend on affordable housing in the 2016 budget.

“All Canadians need and deserve housing that is safe, adequate and affordable,” Duclos said in a statement. “Through new investments in housing, the government is helping to strengthen the economy and improve the quality of life for families and seniors.”

He said it also includes $50.9 million to address the increasing demand for repairs as social housing units age and to improve efficiency and reduce energy and water use.

Coleman said the province is partnering with the federal government to build and renovate more affordable and supportive housing.

“We will be working with communities throughout the province to identify specific housing needs and determine where the additional funding will be distributed.”

The funding announced Sunday is in addition to the $63 million joint annual funding provided by the federal and B.C. governments under the Investment in Affordable Housing Agreement.

Duclos and Coleman are set to be in Victoria on Tuesday for a forum on housing.

It comes at a time when the debate over housing affordability in B.C. has become increasingly heated. The average price of a single-family detached home in Vancouver is $1.5 million.

Premier Christy Clark said on Friday that her government will lay out a plan to address housing affordability in the coming days and weeks.

In a video posted to YouTube, she listed six principles the government will consider, including supporting first-time homebuyers and protecting consumers from greedy sales practices.

Vancouver Mayor Gregor Robertson recently said he wants the provincial government to co-operate with the city in collecting an empty homes tax.