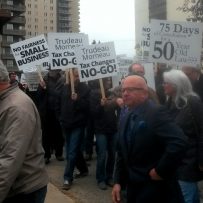 Between October 16 and 20, the Federal Government announced a decrease to the small business tax rate, and changes to its corporate tax reform proposals for Canadian-controlled private corporations (CCPCs), which were originally released on July 18, 2017.

In October, the Government stated that it will not move forward with the proposed changes to restrict the use of the lifetime capital gains exemption by several family members, nor to enact new rules to prevent the conversion of income into capital gains through income stripping.

The government stated that it would move forward with modified changes to limit income sprinkling, and to increase the taxes on some passive income. Few details have yet been released, and we will have to wait for the proposed legislation to understand fully the impact of the proposed new rules.

Income sprinkling is also called income splitting. The July 18 proposals proposed a reasonableness test for any dividends paid to family members. However, there were no rules or guidance defining what contributions to the business would be considered reasonable to justify paying dividends to family members who contribute to the business, or who did contribute in the past. In October, the government announced that it will simplify the reasonableness test and issue revised draft legislation sometime this Fall, with effect on January 1, 2018. That means the current rules continue to apply for the remainder of 2017.

CFAA and the Coalition for Small Business Tax Fairness are advocating an exemption for spouses, based on the fact that, under the family law of most provinces, spouses are considered to be economic partners and are each entitled to 50% of the growth in a business during a marriage. That entitlement to share in the growth in the value of the business surely justifies paying a spouse dividends from the business as it operates.

With some modifications the government is also moving forward with changes to the tax regime for passive investment income. The rationale is that income which was received at the (low) tax rate for active business income has been treated preferentially, and thus the “second generation” passive income earned on it should be taxed higher than normal to equalize its position.

In October the government stated that the new rules will not impact existing investments nor the future income on those investments. In addition, the first $50,000 of new investment income earned will continue to be taxed under the current tax rules so that the new rules will only apply to new investment income over $50,000 in a year. The government stated that draft legislation will be issued with the 2018 Federal Budget, but has not clarified the intended effective date.

CFAA will continue its work to make sure that rental owners are not side-swiped by these reforms. Among other issues, we will be watching to make sure that the higher tax rate does not apply to second generation income when the first generation income has already paid the full tax rate, which is the case for most rental income (since most rental income is classified as passive income.)