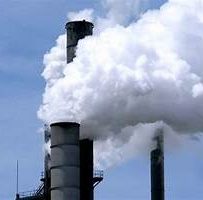 The federal government’s carbon pricing scheme is constitutionally sound and has the critical purpose of fighting climate change, Ontario’s top court ruled in a split decision on Friday.

The Greenhouse Gas Pollution Pricing Act, enacted in April, is within Parliament’s jurisdiction to legislate in relation to matters of “national concern,” Chief Justice George Strathy wrote on behalf of the court.

“Parliament has determined that atmospheric accumulation of greenhouse gases causes climate changes that pose an existential threat to human civilization and the global ecosystem,” Strathy said.

“The need for a collective approach to a matter of national concern, and the risk of non-participation by one or more provinces, permits Canada to adopt minimum national standards to reduce (greenhouse gas) emissions.”

Ontario’s Progressive Conservative government under Premier Doug Ford, who calls the carbon charge an illegal tax, had argued the act is a violation of the Constitution because it allows the federal government to intrude on provincial jurisdiction.

During four days of submissions in April, Ontario insisted the act would undermine co-operative federalism. Provincial lawyers argued the federal government would end up with the power to regulate almost every facet of life — such as when you can drive, where you can live, or whether you can have a wood-burning fireplace.

For their part, federal lawyers argued the province was fearmongering. The act, they said, was a legitimate response to potentially catastrophic climate change by creating an incentive for people to change their behaviour.

To the delight of environmental groups, the majority of the Appeal Court agreed with Ottawa, rejecting any contention the carbon levy is an illegal tax.

“They are regulatory in nature and connected to the purposes of the act,” Strathy wrote. “They are not taxes.”

Cutting greenhouse emissions cannot be dealt with “piecemeal” and must be addressed as a single matter to ensure its efficacy, the court said. “The establishment of minimum national standards does precisely that,” it said.

In a dissenting opinion, Justice Grant Huscroft said climate change did not amount to an “emergency case” and warned against allowing rhetoric to colour the analysis. Carbon pricing is only one way to deal with greenhouse gases, he said.

“There are many ways to address climate change, and the provinces have ample authority to pursue them,” Huscroft said.

The federal act currently only applies in four Conservative provinces — Ontario, Manitoba, New Brunswick and Saskatchewan — which Ottawa says don’t meet national standards. Alberta is in the process of its own challenge against the law.

Ford said in a statement he was disappointed with Friday’s decision and would continue to challenge the “carbon tax,” while his environment minister said the province would appeal.

“It is unfortunate that Conservative politicians … continue to waste taxpayers’ dollars fighting climate action in court rather than taking real action to fight climate change,” McKenna said in a statement.

In all, 14 interveners — among them some provinces, Indigenous groups and environmental and business organizations — lined up to defend or attack the law, with most siding with Ottawa. Some observers said the challenge was more about politics than the environment.

The issue is expected to be ultimately decided before the country’s top court. In May, Saskatchewan’s top court in a 3-2 decision upheld the carbon pricing law as constitutional. The Supreme Court of Canada has said it will hear Saskatchewan’s appeal of that ruling in December — after the October federal election.

Stewart Elgie, a professor of law and economics at the University of Ottawa, called the decision a “big nail in the coffin” for Conservative premiers challenging carbon pricing.

“Two provincial appeal courts have upheld the federal law, and it is very likely the Supreme Court will do the same,” Elgie said. “It would be great if Doug Ford took the $30 million he’s using to fight carbon pricing, and instead used it to fight climate change.”

Ontario Green Leader Mike Schreiner said he was relieved the courts rejected Ford’s attempts to make Ontario a “rogue actor in the fight against the climate crisis” while New Democrat Peter Tabuns said the challenge was a “political stunt” aimed at helping the federal Conservatives in the coming election.