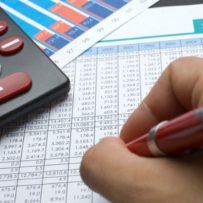 Delinquency rates for one of Canada’s largest home buying cohorts is on the rise.

Delinquency rates among Millenials is on the rise, Equifax reported Thursday.

“While debt among seniors has increased, they are also the only age group that saw its delinquency rate decrease over the past 12 months. They currently share the lowest delinquency rate, 0.9 per cent, with the 55-64 age group,” said Regina Malina, Senior Director of Decision Insights at Equifax Canada. “For the most part, older Canadians have always demonstrated an ability to handle their spending and what they owe. Young people, and really everyone, should be reminded to practice good budget and money management habits.”

“Regional differences in debt and delinquencies are playing out as anyone would expect given the price of oil,” added Malina. “Both lenders and borrowers are having to adjust to current conditions in their local economies.”

See below for country-wide stats.