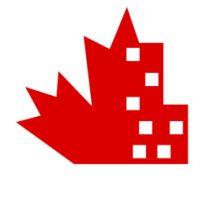 CFAA’s main concern is that condensing boilers will not work in all existing applications,
particularly in buildings of the age of the average apartment building. We recognize that for
the replacement market the August 2010 update changes the requirements for Small Gas Hot
Water boilers from 85% at March 2, 2015 to 84%, and for Large Gas Hot Water boilers from
87% to 86%. We suggest that the 86% should also be 84%. We trust that the technical
evidence supports the view that 84% is a low enough threshold for non-condensing
equipment in all cases. If the evidence does not clearly establish that, then the threshold
should be set a little lower to ensure that there are no difficulties.
Overall, we would prefer that the question of the appropriate efficiency of a boiler to be
installed would be left to the property owner and the owner’s professional consultants, since
they are aware of the relevant constraints applicable to the heating system in question.
However, since the thrust of the regulations is to mandate higher efficiencies, we request that
at least there be an exception added to the regulations which would permit the importation,
purchase and installation of equipment at a lower degree of efficiency if a mechanical
engineer certifies that such equipment is a more appropriate solution having regard to the
particular building’s heating system, and the issues of energy efficiency and costeffectiveness
in a competitive world. That way any exceptional cases which require unusual
heating equipment can be addressed. appropriately by a technical expert.
Residential Gas, Oil-fired and Electric Boilers
We also submit that it is not desirable to introduce the higher minimum energy performance
standards (MEPS) and no standing pilot requirement in Canada before they are introduced in
the United States. Such an earlier imposition has the potential to result in higher costs for
equipment in Canada, whereas matching the U.S. date will mean that the whole of the U.S.
and Canadian markets will have responded to the changes.

John Dickie
President, CFAA 613-235-0101 president@cfaa-fcapi.org
The Canadian Federation of Apartment Associations (“CFAA”) represents the owners and
managers of close to one million residential rental homes in Canada.
Of 12 million homes in Canada, 3.9 million are occupied by tenants and owned by landlords.
Of those 3.9 million rental homes, 500,000 are single family homes. Another 2 million are
other forms of low-rise housing with less than four floors, including attached houses,
duplexes, triplexes and purpose-built walk up apartments from 6 to 30 units. The remaining
1.4 million rental homes are found in high rise apartment buildings, often with 100 or more
rental units.