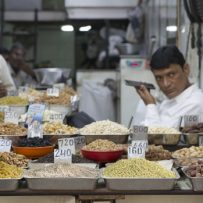 A falling tide lowers all boats, it seems. Amid an exodus from emerging markets, investors are even pulling out of Asian economies with solid prospects for growth and debt financing.

Overseas funds are withdrawing from six major Asian emerging equity markets at a pace unseen since the global financial crisis of 2008 — yanking US$19 billion from India, Indonesia, the Philippines, South Korea, Taiwan and Thailand so far this year, according to data compiled by Bloomberg.

While emerging markets shone in the first quarter, suggesting they were resilient to U.S. Federal Reserve tightening, that image has shattered over the past two months. With American money market funds now offering yields around two per cent — where U.S. 10-year Treasuries were just last September — and prospects for more Fed hikes, the bar for heading into riskier assets has been raised. Headlines on trade disputes that could hit Asian exporters haven’t helped.

“It’s not a great set-up for emerging markets,” James Sullivan, head of Asia ex-Japan equities research at JPMorgan Chase & Co. (JPM.N 0.17%), told Bloomberg TV from Singapore. “We’ve still only priced in about two thirds of the U.S. rate increases we expect to see over the next 12 months. So the Fed is continuing to get more hawkish, but the market still hasn’t caught up.” 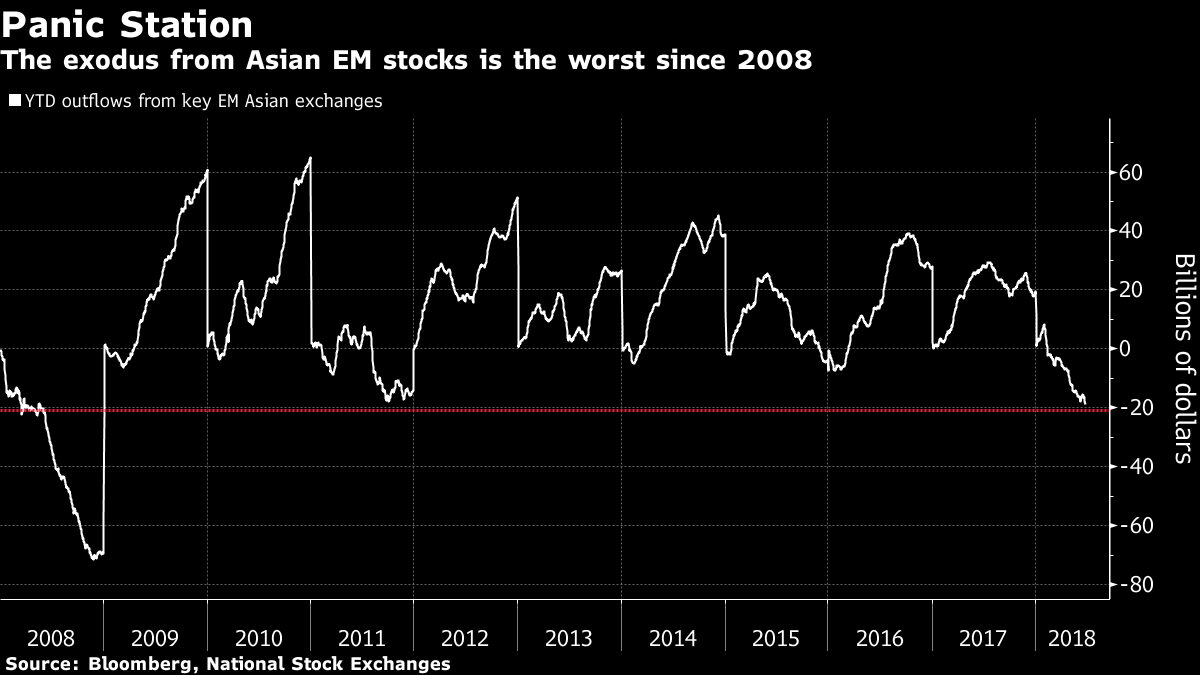 While many emerging-market investors and analysts have praised Asian economic fundamentals, pointing to world-leading growth rates and political stability, some are starting to raise red flags as global liquidity starts to shrink. The Bloomberg JPMorgan Asia Dollar Index sank to a 2018 low on Monday, extending two weeks of declines after the Fed and European Central Bank both took steps toward policy normalization.

Developing nations including Turkey, Indonesia, India and Argentina have raised rates, while Brazil’s central bank has sold extra foreign-exchange swap contracts in an effort to stabilize their markets.

In Asia this week, the Philippine central bank, which raised its key rate in May for the first time since 2014, is expected to lift the benchmark again by 25 basis points to 3.5 per cent, a Bloomberg survey shows.

The Bank of Thailand will keep its benchmark unchanged at 1.5 per cent the same day, according to a separate Bloomberg survey, though JPMorgan for one sees an increase coming next quarter. The baht has tumbled 4.7 per cent against the dollar this quarter, despite Thailand having a current-account surplus in excess of a whopping nine per cent of gross domestic product, and in the midst of what the IMF sees as sustained growth surpassing 3.5 per cent for the longest stretch since the early 2000s.

Thai Finance Minister Apisak Tantivorawong, for his part, said Monday he’s not concerned about capital outflows, and the country’s central bank need not follow the Fed in raising rates. Meantime, the baht hit its 2018 low in Monday trading, and the main Thai stock index was down 1.2 per cent as of 12:37 p.m. in Bangkok.