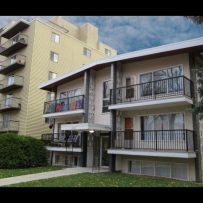 Edmonton, Alberta’s capital where the average annual income is almost $10,000 higher than Vancouver, has become a paradise for renters, with some of the lowest rents in the country.

A national survey, released June 16, found that while rents across Canada had increased 2 per cent in May from a month earlier to an average of $1,708 per month, tenants were still paying less than $1,000 for a one-bedroom in Edmonton.

Edmonton finished 30th on the list of 35 cities for average monthly rent in May for a one-bedroom home at $992 and for a two-bedroom at $1,215, according to the National Rent Report from Rentals.ca and Bullpen Research & Consulting.

“Average rents in Edmonton for a one- and two-bedroom home in May saw little change monthly or annually, “ the report found.

In comparison, Vancouver leads Canadian cities for average monthly rent, with a one-bedroom rent in May at $1,981 and for a two-bedroom at $2,760, the National Rent Report found.

Edmonton also has plenty of rentals to choose from, with an 8 per cent vacancy rate, and more than 6,808 new rental units built or nearing completion in the city, according to commercial real estate agency CBRE.

The big supply and low rental prices are reflected in prices and demand for existing apartment buildings.

The second half of 2020 saw $121 million in multi-family investment in Edmonton, down significantly from the $367 million in the first half of the year, with just 21 buildings sold.

The largest multi-family transaction in the second half of 2020 was Westlawn Village transacting 144 units at an average price of $155,903 per unit.

This June 15, a two-building rental complex in Edmonton with a total of 58 units sold for $6.8 million, or less than $118,000 per door, based on the transaction brokered by the Marcus & Millichap team in Edmonton.

Capitalization rates for the 12 low-rise Edmonton apartment buildings sold so far in 2021 averaged 4.92 per cent, according to a survey by the Network and released to Western Investor by Avison Young.  The median per-door price for the buildings was $113,440.  Mid-rise concrete apartment buildings in Edmonton generally sell at lower cap rates, in the sub-4 per cent range, Avison Young noted.

Edmonton, as in all of Alberta, has no rent controls. This compares with B.C., which has among the most rigid rent legislation in Canada.

Higher average incomes in Edmonton are also substantially higher than the national average, and well ahead of Vancouver.

The average salary in Edmonton in the first quarter of 2021 was $97,220, compared to a national average of $89,596 and an average of $88,223 in Vancouver, based on a study from the Average Salary Survey, an international research study based in the U.K,  released this June.