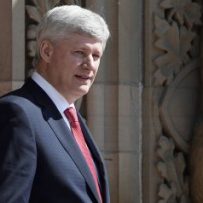 Economists and researchers are applauding Stephen Harper’s election campaign promise to collect data on foreign ownership in the real estate market, but they caution that more information is needed before any policies to restrict the practice are devised.

If re-elected, Harper’s Conservative government would spend half a million dollars next year collecting data on how many foreign investors are snatching up homes across the country — a topic of heated debate recently, especially in Vancouver, where the average price of a detached home is over one million dollars.

During an event in that city this week, Harper suggested the Tories are ready to work with the provinces to ensure that the purchase of homes by foreign, non-resident investors doesn’t impact the “availability and affordability of homes for Canadians.”

Tal called the promise to collect more data “very positive,” saying that “regardless of who wins this election, this is something that we desperately need.”

However, he said it’s unlikely that foreign investment — which tends to be focused on the high-end, luxury segment of the real estate market — is having a notable impact on the affordability of average homes.

Canada Mortgage and Housing Corp., the country’s leading mortgage insurer, has polled condominium property managers on the percentage of homes owned by investors whose permanent residence is overseas.

However, the figures — which many found to be surprisingly low — rely on accurate reporting from property managers and don’t include other property types, such as detached homes.

Economists are divided about what actions the government might take if new research found foreign investment to be more extensive.

“We are a very open market and I’m not sure we’d be looking at restrictions going forward,” said Warren.

Tal, meanwhile, said he “will not be surprised” if some measures were implemented to limit the practice.

Tsur Somerville, director of the University of British Columbia Centre for Urban Economics and Real Estate, says that if any policies on foreign investment in real estate are considered, they should be regional in nature.

That’s because in some markets foreign investment is desirable, said Somerville — for instance, the purchase of cottages and vacation homes by American citizens in the Maritimes.

“For places that depend on tourism, the foreign ownership is actually pretty important, because those are tourists that are likely to keep coming back,” Somerville said.

“That’s different than how it might be playing out in Toronto and Vancouver, where you’re more concerned about absentee ownership and prices for locals. So it’s not as though if you measure it, that there is a one-size-fits-all policy for the country.”