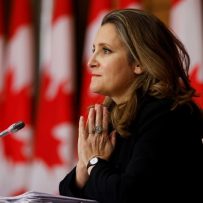 On April 19, Canadians will learn the contents of the first federal budget they have seen in more than two years.

On its face, the budget will account for the hundreds of billions of dollars spent during the pandemic, and outline how, where, and how much Ottawa will spend in the years ahead.

But more than an accounting document, the budget will be one of the most anticipated and scrutinized political products the Trudeau government has produced. Will it be a so-called “election budget” – one the Liberal party will use to trigger a vote of confidence in the parliament to bring down its minority and send Canadians back to the polls?

Or will the substance of the 2021 budget contain enough for opposition parties to continue to support the minority government arrangement?

Beyond politics, the people of this country will be looking to see what the budget portends for them – and their own personal finances.

New data from the non-profit Angus Reid Institute show the challenges are immense. Three-in-five (63%) Canadians say they are worried about having enough money to support themselves in retirement. Half (53%) are concerned that someone in their home will lose their job in the near future.

When it comes to their own financial health, Canadians fall into one of four categories: The Thriving, Secure, Challenged, and Suffering. Priorities and anxieties about their own and the country’s financial future depend on the segments into which Canadians fall.

Politics is never far from the conversation either. These new data show past Conservative Party voters prioritize economic growth and paying down the deficit, projected to be more than $380 billion for the year. For past Liberal and NDP supporters, those priorities fall well below social program investment, and tackling the cost of living in Canada.