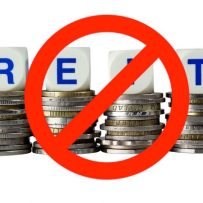 Real estate investment trusts aren’t to be avoided as interest rates rise — except in Canada, where lower cash-flow growth and higher leverage make them riskier bets, according to the head of securities at a C$6.5-billion ($5.1 billion) real estate fund.

“If you look at the empirical evidence, REITs actually outperform in a rising-rate environment,” Corrado Russo, global head of securities at Timbercreek Asset Management Inc., said in a phone interview. “They tend to do better both on a relative and on an absolute basis.”

Toronto-based Timbercreek analyzed the performance of U.S. REITs over the past nine rate-hike cycles by the Federal Reserve and found that they rose in eight of those nine periods.

“It’s counter to perception, but real estate is much more correlated to a strong economy than it is inversely correlated to interest rates,” said Russo, who manages C$1.2 billion of public securities.

This is less true in Canada, where REITs tend to have longer-term leases and less tenant turnover, meaning fewer opportunities for landlords to raise rents. This results in steady cash flow and higher leverage, creating bond-like securities that are more sensitive to interest rates than their global counterparts, he said.

Some of this divergent performance is playing out this year as the Fed and Bank of Canada raise borrowing costs. The biggest ETF tracking Canadian REITs, the iShares S&P/TSX Capped REIT Index ETF, is down 1 percent. By comparison, its U.S. and global counterparts are up 1.7 percent and 2.6 percent respectively.

There are also opportunities in Canada if you know where to look.

“If we’re going to invest in Canada, it’s got to exhibit either very attractive growth in cash flow or underlying net asset value, or it’s got to give me a good valuation,” Russo said. “It’s where do we see management teams that have the ability to add value.”

For growth, Timbercreek holds office-focused Allied Properties REIT and retail-oriented First Capital Realty Inc. for their development projects, which will add to cash flow and net asset value in the coming years.

For value, Timbercreek likes OneREIT, another retail name that has been upgrading its portfolio by removing weak tenants and replacing them with higher-quality names like Walmart and Dollarama. OneREIT announced Friday that it’s selling its assets to Strathallen Capital Corp. and SmartREIT at a 15 percent premium to Thursday’s closing price.

“It’s one of our largest holdings so we expect to benefit from that,” Russo said.