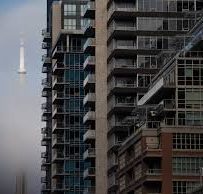 Haider-Moranis Bulletin: A deep-dive into Toronto housing data should dispel some myths that have fuelled disdain for investors who make renting possible.

Unlike owner-occupied housing, our understanding of rental housing is inadequate at best.

Even basic information on the rental market, such as by the type and size of housing and across neighbourhoods, is not readily available.

This leaves landlords, investors, and renters make do with incomplete and, at times, dated information.

A straightforward question about what percentage of the dwellings in an urban market are rented out by private households requires a serious exercise in data mining. For improved rental market outcomes and decision-making, the information gaps must be filled posthaste.

Let’s take the City of Toronto as an example. The 2016 Census reported Toronto was home to 2.7 million people living in 1.1 million dwelling units.

One oft-cited statistic suggests that 47 per cent of the dwellings in the city are rental units, with owner-occupied housing at 53 per cent constituting a small majority.

While this figure tells us that owners inhabit 53 per cent of the dwellings in the city, it says nothing of how much housing owned by private households is rented out. 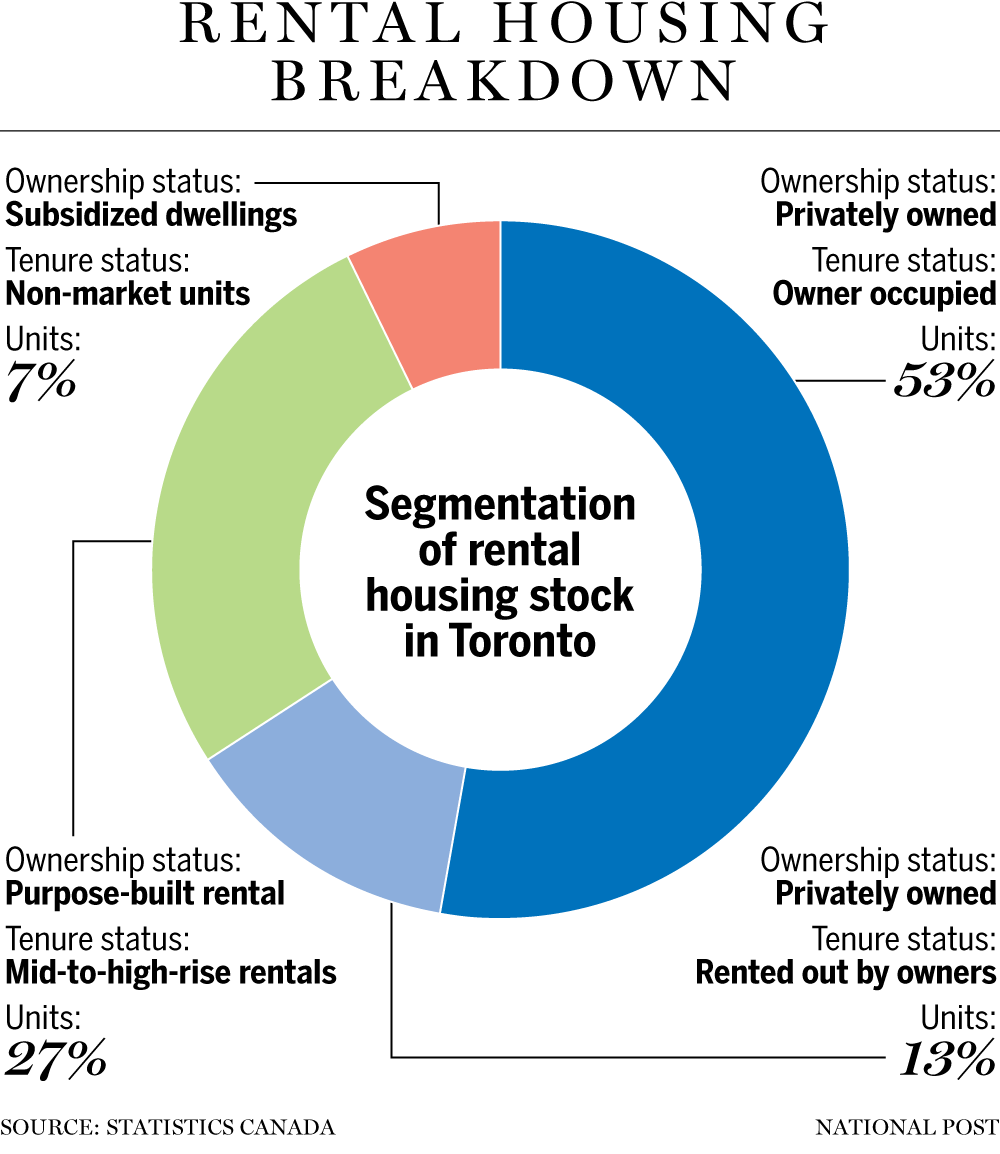 Intrigued by the lack of information, we took a deep dive into Census with the help of Statistics Canada. We continue with City Toronto as the test case. The first step involves identifying condominiums in the rental housing stock. Of the 525,835 rental dwellings, condominiums accounted for 96,870 units, representing almost one in five units.

The next few steps involve a series of assumptions. We assume that all non-condominium apartment buildings are purpose-built rental buildings, which accounted for 367,000 dwelling units. We further assumed that private households owned the remaining low-rise rental stock comprising single-detached and other attached dwellings representing another 62,000 dwelling units.

Thus, the combined size of privately owned rented stock can be estimated by adding condominiums and low-rise rentals resulting in almost 160,000 units in the City of Toronto.

The previous estimate is somewhat inflated because it also includes the non-market subsidized dwellings, which are more frequently found in mid- to high-rise apartment units. Once we account for the 77,560 subsidized dwelling units, a more realistic picture emerges of housing segmentation in Toronto with the privately owned rented dwellings estimated at 150,000 units (including condominiums) and nearly 300,000 purpose-built mid- to high-rise rental apartments.

The household investors, who are often pejoratively referred to as speculators, account for one in three market rental units (excluding subsidized housing).

These numbers should dispel some of the myths that have fuelled disdain for the investors who make renting possible for a large segment of the population, even as a recent report by CIBC and Urbanation that showed many were experiencing negative cash flow on their rental properties.

They should also serve as a reminder for Ontario’s incoming Progressive Conservative government — and others across Canada — to dig deeper into the data when formulating housing policy.

Tighter rental regulations that crack down on investment do not incent the supply of new rental housing. Rather, policies that strive to increase the supply of rental stock while improving housing affordability should be pursued.