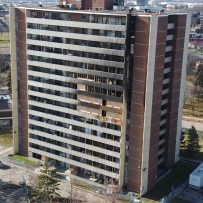 TORONTO — The Office of the Fire Marshal (OFM) is confirming that the cause of the fire at 235 Gosford Blvd., in Toronto was accidental. A space heater in one of the apartment’s bedrooms was too close to combustibles and caused the fire in which one person tragically perished and six others were injured.

“This tragic fire reinforces the need for those who live in high-rises, and other occupancies where tenants live, to learn what to do if a fire occurs in your building,” said Jon Pegg, Ontario Fire Marshal. “Learn about the fire safety features in your building and the emergency procedures outlined in the building’s fire safety plan. This includes knowing the locations of exit stairs from your floor in case the nearest one is blocked and evacuating if you hear a smoke alarm.”

Several factors played a role in this fire’s tragic outcome including:

The OFM assigned a team of six investigators to this fire, including Forensic Fire Protection Engineers and specialists who are mandated under the Fire Protection and Prevention Act (FPPA) to investigate the cause, origin and circumstances of fire or explosions that result in a fatality or serious injury.

The OFM worked with the Office of the Chief Coroner, Toronto Police Service and Toronto Fire Services throughout this investigation. The OFM’s investigation into the origin, cause and circumstances of this fire has now been concluded.

Steps to protect yourself and your family include:

Story by: Ministry of Ontario