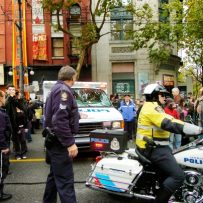 Majority of rooms to be rented at below market rates, Solterra Group says.

What was once one of the 10 worst Downtown Eastside hotels in Vancouver is getting a new lease on life.

In what is being called a “highly unusual” application, the owners of the former North Star Hotel at 5 West Hastings plan to renovate it and will dedicate over half of the 31 rooms for welfare recipents and low-income renters.

The four-story Victorian brick hotel, built in 1904, is a stone’s throw from Pigeon Park at the corner of Hastings and Carrall streets. For 15 years it has been boarded up and vacant after the city ordered it closed after substantial and repeated building bylaw violations. Weather has taken its toll; a tree grew through part of the building, and the entire back end is exposed to the elements.

But that isn’t enough to discourage the new owner, the Solterra Group, which hopes to completely renovate the old rooming house, adding bathrooms to each of the units and creating two floors of commercial retail space.

The shelter rate refers to the proportion of welfare income devoted to shelter. The affordable low-income rate is paid by renters getting a low-income supplement from the province.

The deal, outlined in a report going to council Tuesday, would be locked in for 30 years. The hotel’s rooms are covered under the city’s Single Room Accommodation Bylaw, which protects the Downtown Eastside’s fragile stock of low-income housing. As such, the owners have to apply for a permit to convert or modify any of the rooms.

In this case, Solterra wants to do something the city has long been advocating: add individual bathrooms to an existing SRO hotel, and upgrade the facilities while keeping much of the stock available at lower rates.

Coun. Andrea Reimer, the city’s deputy mayor, said it is the first time she can remember that an owner has offered to lock in rooms at the basic shelter allowance rate set by the province.

“This is highly unusual in the historical context because we very rarely get the opportunity to get rooms at the welfare rate, and it’s also rare to see rooms dedicated at the affordable low-income rental rate,” she said. It may be a small number of rooms, but every of them counts in a neighbourhood where most are priced above the shelter rate, she said.

“The city said it was looking at self-contained units (in SRO hotels) and that got us thinking,” said Mike Bosa, the vice-president of Solterra. “We saw that as something nobody else has done before and we saw it as an opportunity to create something a bit different. This is our take on what they were looking for.” 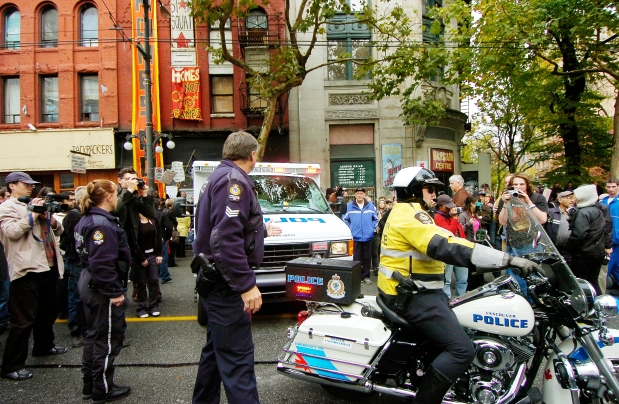 Police move in and remove anti-poverty protesters squatting in the North Star Hotel in 2006.
Photograph by: Ian Smith , Vancouver Sun

The application is also unusual in one other respect: unlike other developers renovating low-income stock, Solterra isn’t asking for any help from the provincial, federal or city governments. It also believes it can recoup its investment while keeping the rents low. Only 13 of the 31 units would be rented at market rates.

“We’d like to make a go of this ourselves,” said Bosa. “It’s a building we will put into our rental program, and at the end of the day if we can make it, that’s what we’re after.”

Property records show Solterra bought the hotel in 2012 for $1.32 million through one of its related companies. The previous owners had bought it for $432,000 in 2001, two years after the city forced the hotel to close because of constant standards of maintenance infractions. In the intervening years there were several unsuccessful attempts to renovate and reopen the building, which was also the site of a significant anti-poverty squat in 2006 to protest the 2010 Winter Olympics.

But long before those events, the hotel had gained notoriety as one of the worst hotels in the city. In the 1980s and 1990s police paid hundreds of calls to the building to roust out drug dealers and prostitutes, and it was a known drug shooting gallery. In 1989 city inspectors closed it temporarily after someone smashed all the toilets. The hotel reached its lowest point just as it was permanently shut, when it was listed in a Vancouver Police Department report as being so bad that living there was not much better than living on the street.

And yet, the building also had a more substantive early history as a rooming house for the city’s blue-collar resource-based workers. It was first run by a series of women as a boarding house, and in 1913 was named the Drexel Rooms, a name that was to stick until the 1980s.

In 2003 the city recognized its historical significance, listing it as a “B” class building. It is also listed on the joint federal, provincial and civic historic register, which notes the building’s value “lies in the historic relationship between this area and the economy of early Vancouver” and was “was primarily populated by single men of working age, most of whom were employed in seasonal resource industries.”

“We liked the old building and we thought it was worth restoring. We’ve already been in discussions with the city about preserving it,” said Bosa. “It was in shambles and we’ve already took a lot of the building off that was derelict and falling apart and got it stabilized.”

Bosa said the fact the building has been vacant for so long made it easier for the company to work with the city. “There is no downside to this because there is no displacement because it has been empty for so long,” he said. “I think for everyone it is a good opportunity to try something new.”

If approved by council, the plan is still subject to a development permit application and other city requirements.