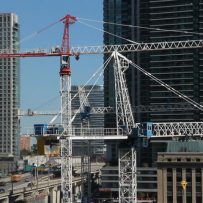 The recent Ontario court decision in Ritchie v Castlepoint Greybrook Sterling Inc. is very good news for Ontario condo developers who must cancel their projects prior to construction.

In granting judgment, Justice Perell dismissed a proposed class action brought on behalf of purchasers of 179 units in a condominium project. The project had been terminated by its developer and the purchasers’ deposits were refunded with interest prior to construction. The purchasers of the pre-construction units sued for damages of over $10 million representing the increased market value in their units following entry into their purchase agreements.
The project was terminated because the developer said that it was unable to comply with the contractual condition that it obtain financing by December 28, 2018. The purchase agreements went on to state that in the event of termination for failure to satisfy the conditions, the purchasers would receive back their deposits with interest.

In its letter to purchasers giving notice of termination, the developer stated that “we will not be in a position to obtain the necessary municipal approvals and permits required to build Museum FLTS in the foreseeable future. As such and with the passage of time, the now untenable project timetable has rendered the project commercially un-financeable.” Castlepoint’s evidence in court was that rising construction costs made the condo financially unviable, as a project projected to generate negative returns would not qualify for financing.

Each purchase agreement contained an exculpatory clause—also called an “exclusion clause”— which stated that if the agreement was terminated, the developer would not be liable for any damages resulting from the termination of the agreement.

Once challenged, exclusion clauses are enforceable only if they pass a multi-stage review by the court, which includes considering whether the clause was “unconscionable” at the time it was made, or whether its enforcement would contravene public policy. In Ritchie, the court held that the exclusion clause applied to limit the developer’s liability, regardless of whether the developer had acted in good faith—no actual finding was made as to good faith.

Further, the clause was found not to be unconscionable and did not contravene public policy. The court held that where developers breach their obligations to take reasonable steps on a project, the purchasers’ remedy may be limited to a right to recover their deposits with interest and not a claim for damages. In the court’s view, this was a fair and reasonable remedy. As a result, the developer’s motion to dismiss the class action was granted. The purchasers are now appealing.

There is considerable caselaw on the duty of good faith performance in contractual dealings. The Ontario Court of Appeal ruled in the 1985 case of Greenberg v Meffert that where a contractual condition is within the sole discretion of one party, the discretion must be exercised honestly, reasonably and in good faith. The Greenberg case was not discussed in Ritchie which now effectively limits the application of the Greenberg doctrine because an exclusion clause can trump or limit the consequences of the bad faith exercise of a sole discretion.

As the purchasers’ only remedy for a bad faith breach of their agreement is the return of their deposits with interest, the exclusion clause outweighs or nullifies a developer’s contractual obligation to exercise its discretion in good faith, essentially rendering this obligation virtually meaningless.

Finally, exclusion clauses will now operate to provide considerable protection against class actions by purchasers, which pose a substantial threat to developers when terminating condo projects. As the purchasers have appealed this decision, the decision of the Ontario Court of Appeal will be of great significance for sellers and buyers in the condo market.