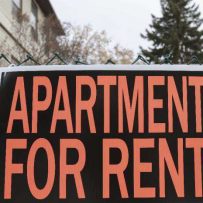 So will you be able to smoke in your apartment once the province of Ontario is through with its changes to rent control rules?

It’s still a little hazy in Ontario even after the provincial budget Thursday when it comes to the impact of 16 changes being brought in under Ontario’s Fair Housing Plan.

The province has proposed “to create a standard lease to help both tenants and landlords knows their rights and responsibilities while reducing the number of disputes.”

Government officials said discussions are still ongoing about what the standard lease might look like. It could include a series of boxes that could be ticked off, including whether smoking is allowed in the building.

There is also nothing to preclude tenants and landlords from coming to an agreement that says something like a tenant agrees to mow the lawn as part of the lease, the official said.

Finance minister Charles Sousa reiterated in his budget the province’s plan to crack down on foreign buyers which includes a 15 per cent non-resident speculation tax on properties purchased in the Greater Golden Horseshoe.

“As part of this plan we’ll crack down on property scalpers who are preventing people from being able to buy in new developments,” said Sousa, in prepared remarks.

The province has already introduced changes to reporting when land transfer taxes are paid, including the citizenship of the new owner and whether the property will be occupied or leased.

The budget addressed what is known as “paper flipping” which is the practice of entering into a contractual agreement to buy a residential property and then assign it to another person upon closing.

Reaffirmed was the commitment of the province to work with federal officials and the Canada Revenue Agency to make sure those flippers are paying tax – ultimately that means capital gains taxes on their profits.

More details about pre-sale agreements are expected in the coming months but officials clarified the land transfer tax would not apply each time a property is flipped. There would only be one land transfer tax but it would have to be paid on the final purchase price, inclusive of any increases caused by the paper flipping.

It is still unclear on how a vacant home tax will work, but Ontario will proceed with plans to allow the city of Toronto to impose one and give other municipalities the same opportunity. Officials indicated the legislation would not include a cap limiting how high the tax could go.