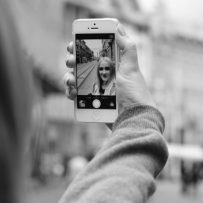 Canada’s millennial population is reaching the prime age to become first-time homebuyers, which will provide strong support to the housing market over the medium term.

The millennial generation is large. In 2014, for the first time, there were more millenials in North America than baby boomers, buoyed in part by immigration. As the boomer population continues to age and trade less frequently in the housing market, we simultaneously have a large cohort of millennials, born since the 1980s, reaching their late 20s and early 30s and looking to enter the market.

Studies have suggested that the typical first-time buyer is 29-years-old, so let’s take a deeper look at that segment specifically. For about a decade, as millennials started to reach that age, the number of 29-year-olds among the country’s population has been steadily increasing. After falling in number in the early 1990s, 2004 saw 428,000 29-year-olds in Canada. In contrast, that figure grew to 495,000 by 2014 – an increase of 16 per cent.

The impact of millennials does much to dispute any suggestion that Canada has a housing bubble that will burst anytime soon.

“Our research into generational home purchase intent in Canada, echoed by studies done in the U.S. by the National Association of Realtors, shows the dream of homeownership is very much alive in the hearts and minds of millennials,” says Phil Soper, Royal LePage president and CEO. “The current state of demographics bodes well for the housing market for years to come.”

What we have seen in recent years is demographically driven demand, which boosted home sales and prices. Looking to the future, population projections suggest that the first-time buyer age segment will continue to grow for at least another decade, which means housing demand will grow along with it.