DEFLATION NOT INFLATION WILL BE THE TOPIC WHEN HOUSING, EQUITY BUBBLES POP 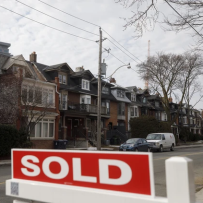 The world’s major central bankers squirmed last week while lamenting the now seemingly doubtful concept that the current round of inflation is “transitory.” United States Federal Reserve chair Jay Powell very clearly said that global supply constraints are lasting longer than he (and many of us) had expected. Meanwhile, Bank of England governor Andrew Bailey stated for the record, and aptly so, that supply constraints are beyond the purview and control of any monetary authority.
The current bout of inflation is not being caused by booming aggregate demand surpassing supply in a fully-employed economy. Rather, it’s due to supply shortages that only exist and persist because of the first global pandemic in more than a century, and aggregate supply is slowing below what is actually a fairly anemic demand curve, with GDP forecasts coming down in the two largest economies on the planet.
Let’s not call inflation “transitory” any longer, though it was never made clear to anyone what the expiry date was on that term. Let’s call it “non-permanent” instead, if that’s good enough to stop the inflationists from pounding their chests.

Let’s also realize a few things. This supply-side inflation is occurring at a time when there is still ample labour market slack in the U.S. I realize that many pundits point to the 11 million job openings with about eight million officially unemployed as a sign of a super-tight jobs market, but this is a case of looking blindly at the data without doing any real analysis.

For one thing, there are actually 14 million unemployed when you account for all the marginally attached workers and part-time workers aching for a full-time job. As for the Job Openings and Labor Turnover Survey (JOLTS) data, its definition of a “job opening” is extremely loose, including talking to someone at a job fair, so come on.

The U.S. economy is now the same size now as it was pre-COVID-19 when job openings numbered seven million. Do we really need four million more workers to provide for a GDP that hasn’t budged for a year and a half? Really? If the labour market was truly as tight as they say, we would be experiencing an across-the-board wage boom. Anecdotes aside, that isn’t happening.

We have an inflation situation in the context of lingering high unemployment relative to the economy’s full potential. This is all about supply constraints, and not just materials, but also labour. To some extent, the seeming tightness in the jobs market is the result of the government paying people not to work for nearly 18 months, but that gravy train just came to an end.

Some are reluctant to go back to work due to ongoing health concerns, especially in public-interfacing sectors. But I don’t buy into the argument that these people aren’t coming back to work indefinitely, because if they don’t work, they won’t be able to eat.

Which brings me back to the primary issue here. This is all about the pandemic. The transitory inflation view is hinged on the pandemic ending or shifting towards herd immunity, but the delta variant got in the way. It stands to reason that we will get through this pandemic, even if it lasts longer, and these supply constraints will subside once we do.

Manufacturing capacity in key areas such as semiconductors will come back. At some point, perhaps sooner than expected, the near-record volumes of inbound containers at major U.S. ports will be unloaded and fuel a bulge in imports and inventories. This has yet to happen. Why? The pandemic. The constraints on global supply chains suddenly emerged from what? The pandemic. Whatever decisions workers are making to delay their return to the labour force is due to what? The pandemic. It’s all about the pandemic.

Now that fiscal stimulus is shifting to fiscal withdrawal, one can expect demand growth to ultimately slow below available supply once the pandemic ends, and with that, a return to disinflation. This will happen, it is inevitable. Let’s say that the timing of how transitory this inflation is relies on how quickly we get through the pandemic. I agree, the issue is about timing, but history teaches us that nothing is permanent and that there is no such thing as “new eras.”

I recall all too well the experience of the mid-2000s. Back then, inflation lasted a lot longer than it has currently, which has been the grand total of three to four months. That period in the mid-2000s was all about the “commodity supercycle” that culminated in oil prices touching US$150 per barrel. That era wasn’t about supply constraints, but about double-digit growth in China at a time when it was consuming half of the world’s basic materials.

Inflation broke above five per cent in the summer of 2008 to much hysteria among the same crowd hyperventilating today, but exactly a year later, we had deflation of two per cent. To have forecast that shift in the summer of 2008 would have risked being carried out on a gurney to the nearest psychological ward. What got in the way? Too much debt and excessive valuations that mean reverted, as they always do, in the equity and real estate markets.

The bubble this time around is even more acute, and the reversal in these asset values will hit even harder. The S&P 500’s cyclically adjusted price-to-earnings ratio (CAPE) multiple is 38.3x today and U.S. home prices have soared a record 20 per cent on a year-over-year basis. It now takes a near-unprecedented eight years of wages to buy a new house (the historical norm is closer to five years).

We do not have an inflationary future at all, and this will become apparent not just when these pandemic-induced supply issues are resolved, but when these asset bubbles pop. And they will pop. How do I know? Because history and Bob Farrell’s first market rule on mean reversion say so.

Let’s look at the entire situation from a holistic viewpoint. We know that productivity growth is running at around a year-over-year two-per-cent pace, which, by the way, is a key positive supply-side catalyst and is close to double the trend of the last business cycle. This is because we actually had some capital deepening in 2020, when, in the economy’s worst year since 1946, business volume spending on technology goods and software rose seven per cent.

The U.S. has productivity growth at 1.8 per cent, measured inflation at 5.3 per cent and wage growth at 3.6 per cent. In a perfectly balanced labour market, nominal wage growth will equal the sum of productivity growth and inflation. That gap is currently 350 basis points, and therein lies the proof that there really isn’t a theoretical or practical construct that leads to the conclusion that we are at full employment.

This leads to a further conclusion that this pandemic-induced supply-chain inflation is, indeed, not at all permanent. Despite all the hype over the “non-transitory” nature of the current inflation backdrop, we have really had only three bad readings in the past 12 months: April, May and June, where core CPI averaged +0.9 per cent month over month. It averaged +0.1 per cent the other nine months.

Strip out the automotive sector, the poster child of the semiconductor industry, and core inflation is running barely above two per cent. The Cleveland Fed’s median CPI is running at 2.4 per cent year over year; before the pandemic, it was 2.8 per cent. There isn’t a broad-based price run-up any more than there is a widespread wage run-up.

Like I said, don’t call it transitory. Call it something fancier, perhaps, like ephemeral. It sounds better and more reasonable to me, since I simply refuse to believe that the pandemic will be the one event to trigger a whole new inflationary experience.

What is going to be transitory (did I just utter the “T” word again?) will be this era of fiscal recklessness. As fiscal stimulus turns to withdrawal, demand will slow below supply, and the move to a new and better chapter in this pandemic will create the conditions for all these global production and labour market bottlenecks to thaw.

To bet against this thought process is akin to betting on influential English economist Thomas Malthus around 200 years ago when he thought the world population would outstrip food supply and we’d all starve to death. What he missed was human ingenuity when it came to productivity — in agriculture, in this case.

As for stagflation, the new fear factor term everyone is using today, that was a condition that existed in the 1970s, which in the history of the global economy was a true anomaly. Simply put, there is no such thing as stagflation with productivity running near two per cent at an annualized pace.

What we have on our hands is an acute supply shortage that is directly a result of the pandemic, which we have to assume will be over, or at least a condition we learn to deal with, and indirectly through the on-again, off-again nature of fiscal policy stimulus — which sharply boosted demand in the face of production bottlenecks and exacerbated the inflation run-up during these past few months — but is now in the rear-view mirror for most countries.

One may argue that infrastructure spending is on its way, but it will not be enough to compensate for the expiration of all these other stimulative measures. The thing about infrastructure spending is that it has long gestation periods and has to be capitalized over long time periods. This sort of government expenditure has never affected the contours of the business cycle.

The reality is that there are no new eras and that excesses are never permanent. The primary risk now that government policy (both fiscal and monetary) is about to become much less friendly is that we can reasonably expect the laws of nature, otherwise known as mean reversion, to redress the gigantic 20-to-25 per cent excess in housing and equity prices.

The conversation will quickly turn away from inflation towards deflation when that happens, as it did in 2000-01 and again in 2007-08. Also, expect long-term Treasury yields to beat a path back down towards the lows we saw a little more than a year ago.

That this is not the consensus makes this forecast that much more compelling. When all the experts and forecasts agree, something else is going to happen. Which only means that sustained inflation, a return to stagflation or a durable bear market in Treasuries are not going to happen.