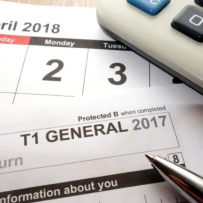 The contribution rate is up from 4.95% to 5.10%, the same as the new employer’s contribution. The federal Finance Department estimates that the average additional contribution will be $81 per year from each of the employee and the employer.

After 2023, there will be a second phase of contribution increases for many employees, as the Yearly Maximum Pensionable Earnings are increased. Over several decades, the two sets of increases are to raise the average pension received from the CPP from 25% of a person’s earnings while working to 33% of earnings.

Other income for retired people comes from the Old Age Security pension, the Guaranteed Income Supplement, private pension plans, RRSPs payouts and other investment income. Many retired people also draw down their savings so that they spend somewhat more than their income is each year.

All owners of Canadian-controlled Private Corporations (CCPCs) should have obtained tax advice from their tax advisor or their accountant about the recent changes that have affected them.

If you are doing what you did in previous years you may well face an unpleasant surprize in the form of a reassessment from Canada Revenue Agency. From 2018 on, owners of CCPCs cannot split income with spouses or adult children as they did until 2017. Instead, in most situations, dividends paid to spouses or adult children of the main owner-operator of the business will be attributed to the main owner-operator.

Main owner-operators can split current corporate income in several situations, including the following:

As well, income can be paid as salary or wages to spouses or children, subject to the long-standing tests of reasonableness comparing the pay to the work done.

If you have not obtained advice about the new rules, you should get it now.