Cost of Severe Weather Damages in 2018 Fourth-Highest on Record 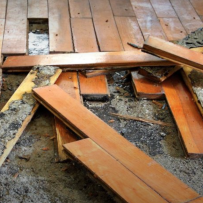 Insured damage for severe weather events across Canada reached $1.9 billion in 2018, according to Catastrophe Indices and Quantification Inc. (CatIQ) and the Insurance Bureau of Canada (IBC).

Ice storms, floods, windstorms, and tornadoes, did damage to homes, vehicles, and commercial property across the country throughout the year.

Damages in 2018 are the fourth-highest amount of losses on record in Canada. However, unlike with the Quebec ice storm in 1998, the Calgary floods in 2013, or the Fort McMurray wildfire in 2016, no single event caused the high amount paid out for losses. Instead, Canadians and their insurers experienced significant losses from a host of smaller severe weather events.

“Climate change is costing Canadian taxpayers, governments and businesses billions of dollars each and every year,” said Craig Stewart, vice president of Federal Affairs for IBC. “We must take the necessary steps to limit these losses in the future. The cost of inaction is too high.”

Weather events in 2018 that impacted to the insurance claims totals included:

IBC has stated that it continues to work closely with governments at all levels to advocate for increased investment to mitigate the future impacts of extreme weather and build resiliency to its damaging effects, as the financial cost of climate change climbs. Actions IBC advocates for include investment in new infrastructure to protect communities from floods and fires, improved building codes, better land-use planning and, increasingly, creating incentives to shift the development of homes and businesses away from areas of highest risk.

For every single dollar paid out in insurance claims for homes and businesses, IBC estimates that Canadian governments pay out $3 to recover public infrastructure damaged by severe weather.