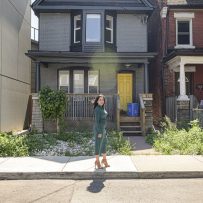 A Toronto condo developer is buying hundreds of detached houses in Ontario, with the plan of renting them and profiting on the housing crisis ripping across the country.

Core Development Group Ltd. is building a large-scale single-family home rental operation, an unproven business model in Canada, where the market is fragmented and individual investors lease a small number of their own properties for income.

Institutional house rentals have become highly lucrative in the United States, with private-equity firms, pension funds and big companies throwing billions of dollars into the asset class. In Canada, deep-pocketed investors, as well as real estate investment trusts, have already acquired hundreds of apartment buildings to tap into the strong rental demand but have not moved into rental houses.

Core founder Corey Hawtin and executive vice-president Faran Latafat questioned why there wasn’t a similar business in Canada, which has had a rental vacancy rate below 3 per cent since the turn of the century.

“We were trying to answer the question: Why is nobody doing this in Canada? We could not come up with an objective answer to that. In Canada, it works as well or better than the U.S.,” said Ms. Latafat, Core’s president of single-family development.

Core is targeting eight midsized cities in Ontario, and this year started buying properties in Kingston, St. Catharines, London, Barrie, Hamilton, Peterborough and Cambridge. It will soon start buying in Guelph. Its medium-term goal is to have a $1-billion portfolio of 4,000 rental units in Ontario, Quebec, B.C. and Atlantic Canada by 2026.

Mr. Hawtin said Core’s rental units will provide affordable housing for families and residents who do not want to live in small apartments. If Core succeeds, it could spur major investors to follow suit.

Ms. Latafat and Mr. Hawtin believe a major house rental business will flourish in Canada because of decades of low rental vacancy rates, desire for more space and high immigration. They also point out most of the country’s population is concentrated around a few job centres.

As well, the pandemic’s real estate boom has priced even more residents out of the housing market with rentals as the only option. National home prices are 20 per cent above prepandemic levels, with values 30 to 50 per cent higher in parts of Ontario, B.C., Quebec and the Maritimes. The typical price of a detached house in Guelph and nearby Kitchener-Waterloo is now more than $800,000, according to the Canadian Real Estate Association. That is about $200,000 more than a year ago.

Economist David Rosenberg said an affordable rental house could become more attractive to a potential home buyer because house prices are so high.

Ms. Latafat said Core chose the eight Ontario cities because they all have strong local economies, are close to larger job centres, have growing populations and low housing vacancy rates.

In Barrie and Guelph, the rental vacancy rate is closer to 2 per cent, according to Canada Mortgage and Housing Corp. data. Meanwhile, in the first year of the pandemic, rental rates have increased in the high single digits in Barrie, Guelph, London and St. Catharines, according to CMHC.

“They have tight vacancies, like zero vacancies,” said Mr. Hawtin. “Immigration is growing, population is growing and buying a house or a condo has become less and less attainable. That is really compounding the rental demand in all of our marketplaces,” he said.

So far this year, Core has spent $50-million on 75 properties, the executives said. Their two-bedroom basement apartments go for about $1,600 a month and a three-bedroom above-ground unit at about $2,100 a month. Those prices are higher than the average rental rate of $1,407 for a two-bedroom apartment in Ontario, according to CMHC data. Though Core’s rentals are newly renovated units in houses with gardens.

Institutionalized family home rentals got their start south of the border, after the U.S. housing bubble burst in 2007 and companies bought thousands of houses at fire-sale prices. Companies and their investors now own swaths of U.S. neighbourhoods and make money on the rent, similar to apartment building owners.

Toronto-based Tricon Residential, one of the largest operators of single family home rentals in the U.S., said Core’s decision to split the properties into two rental units makes sense given the price of houses in Canada.

“The problem in Canada is that homes are so expensive,” said Tricon chief executive officer Gary Berman, whose company has wanted to bring single family home rentals to Canada for years but has concluded that it is unworkable owing to the high real estate prices.

Tricon owns about 24,000 detached houses in 18 major U.S. cities. Most are in warmer climates such as Orlando and Phoenix. Mr. Berman said that makes the houses easier to maintain compared to Canadian properties, which have to withstand long, harsh winters.

Tricon keeps its purchase prices below US$350,000 a house and rents the entire property for about US$1,500 a month. Mr. Berman said the key to the business is scale, saying Tricon aims to have at least 500 rental houses in each city.

Core is also trying to build scale and is buying houses within 15 minutes of each other to form a cluster of about 50 properties or 100 rental units in each city. Ms. Latafat said it has taken Core about one month to rent their new units and their vacancy rate is below 2 per cent. She declined to comment on when the rental business would be profitable except to say that the rental units were “cash flow positive,” about five months after they were purchased.

Mr. Hawtin said he expects to start fundraising for the next stage of the rental business as soon as next year and may consider going public at some point.