Competition for Canada’s industrial space will only intensify 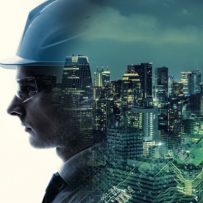 With the increasing dominance of Amazon in Canada, other non-retail industrial market players will have to deal with fierce competition for space, according to property research and technology firm CoStar.

“Amazon is trying to up their game [to] get more same-day or next-day [delivery] capacity in some of these markets that they didn’t really have … at this point,” CoStar head of market analytics Roelof van Dijk told Postmedia in an interview.

The e-commerce giant’s Canadian expansion is accelerating with progressively larger installations nationwide, following its launch of a 600,000-square-foot facility in Calgary last year.

Earlier this year, Amazon’s massive distribution centre measuring one million sf was completed in Ottawa. By 2020, another one-million-sf facility is scheduled to begin operations in Edmonton.

The company’s commanding presence is such that it might even convince other retailers to jump onto the trend.

Toronto and Vancouver’s already-crowded industrial markets will only buckle further under the weight of this inflamed competition, CoStar stated.

“We now have e-commerce fulfillment centres going in and taking up space, and that’s almost like retail taking up industrial space — and that’s happening more and more,” van Dijk explained.

“That’s been driving down vacancy in those markets because we just haven’t kept up with construction activity.”