Commuting time is the key for young professionals 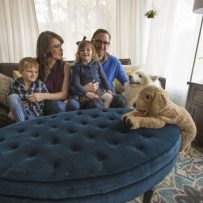 Distance to the job is the top factor in where Toronto’s talented young workers choose to live.

When it comes to choosing where they live, it’s all about the journey to work for the Toronto region’s young professionals.

They ranked commute times ahead of proximity to other amenities and even above the cost of living when it comes to deciding where they will buy or rent a home.

Seventy-six per cent of respondents to a survey for the Toronto Region Board of Trade said their daily commute was one of the top three considerations in where to locate — ahead of distance to amenities (59 per cent) and the cost of living (53 per cent).

Sixty-five per cent said they would compromise on the kind of housing they chose if it meant being closer to work.

Young professionals want easy access to transit and are willing to move further out of the city if it is available, said Jan De Silva, the Board of Trade’s CEO. There’s an opportunity to improve housing options for those young professionals by incorporating it in the region’s ongoing, multibillion-dollar transit expansion.

“We’ve got historic levels of transit funding being invested. Rather than thinking about single land-use projects, how do we solve two things at once?” she said.

“How do we make the highest and best use of the land that’s been dedicated to the station? A condo over the parking lot . . . it creates additional funding that will cover some of the expansion and maintenance costs,” said De Silva.

The online Environics survey showed 77 per cent of the 803 respondents would consider living further from their jobs if they had better public transit.