Commercial construction permits in BC surge 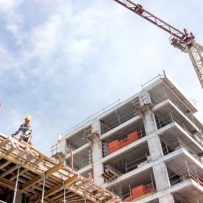 While residential market activity in Vancouver is markedly slower than in years past, the commercial sector is on fire.

“There’s a significant amount of commercial activity going on within Metro Vancouver, with 2.8 million square feet of office product under construction,” said Kirk Kuester, Colliers International’s executive managing director for British Columbia. “The development business, from a residential perspective, is either grinding to a halt or has ground to a halt. When projects finish, there’s not a lot to be introduced on the residential side that will pick up the slack, other than what’s happening on the commercial side with retail, industrial and office.”

One such project is The Post by QuadReal Property Group, where Amazon has committed to occupy 35% of its 1.13 million square feet. Upon competition in 2023, The Post will host an estimated 7,000 workers.

That isn’t to suggest heightened commercial real estate construction means space is aplenty. Kuester says vacancy continues to be an issue for would-be tenants, especially in the industrial sector.

“The industrial market is going like gangbusters,” he said. “It’s a challenge today because of extremely low vacancy and extremely limited land, and lots of ongoing demand as a result of e-commerce and record volumes coming through the port.”

A recent economic outlook report from Central 1 Credit Union noted that building permits for non-residential construction shot up more than 60% through May, and while most of it is for infrastructure development, much is slated for retail projects.

“There’s been a doubling up of government permit volume this year,” said Bryan Yu, Central 1’s deputy chief economist. “June data has since been released, showing a slight moderation in growth in total non-residential permits to 56%, with commercial up 55%. Government permit volume is still nearly double year-ago levels.”

“On the housing side, we’re looking at a policy-constrained environment, but on the non-residential side we’re seeing quite a bit of growth, even on the Lower Mainland with technology companies like Amazon,” Yu added.

The industrial market is undersupplied, as about 5.5 million square feet were quickly absorbed. Kuester warns that costs are escalating and that could cause headwinds henceforth.

“Costs across the board in B.C. have become a really big issue because of all the activity, either through infrastructure, residential or commercial real estate development,” he said.