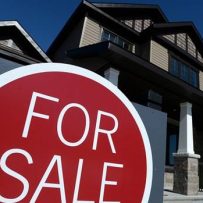 Canada’s federal housing agency is raising mortgage insurance premiums as part of a plan to boost its capital reserves.

Canada Mortgage and Housing Corp. said it is raising premiums on the highest-risk mortgages – borrowers who have down payments of less than 10 per cent – by 15 per cent starting June 1.

The changes come as part of a broader plan by the agency, announced last August, to boost its target capital reserves to 220 per cent above the minimum set by the Office of the Superintendent of Financial Institutions, up from 200 per cent previously.

The increases only apply to new mortgages for borrowers with small down payments. Those who put down more than 10 per cent of the purchase price aren’t affected. Premiums will also remain unchanged on CMHC’s portfolio insurance, which lenders take out on bundles of uninsured mortgages so they can securitize them, as well as the agency’s insurance for apartment buildings.

The effects will be modest for affected borrowers. An average Canadian borrower who can afford to pay the only the minimum 5-per-cent down payment typically takes out a mortgage of $252,000, CMHC said. Premiums for those borrowers would rise $5 a month, or about $1,500 more over the course of a 25-year mortgage.

CMHC predicted the changes would “not have a material impact on housing markets,” suggesting the agency isn’t looking to cool the housing market. Senior vice-president Steven Mennill stressed in a call with reporters that the changes were a “business decision” related to higher capital requirements and “not in any way related to a change in policy or approach.”

One thing is clear: By limiting increases only to borrowers with less than 10-per-cent down payments, the federal corporation is concerned that it was underpricing the risk on the most indebted borrowers.

A sign advertises a new home for sale in Carleton Place, Ont. on Tuesday, March 17, 2015. Canada Mortgage and Housing Corp. said it is raising premiums on the highest-risk mortgages – borrowers who have down payments of less than 10 per cent – by 15 per cent starting June 1.
(Sean Kilpatrick/THE CANADIAN PRESS)

Mortgages with lower levels of equity are typically more vulnerable to a housing shock and require higher levels of capital reserves to account for potential losses, which means higher premiums for riskier borrowers.

“As we continue to enhance our modelling capabilities, we continue to be more refined in our decision making around that relationship,” said CMHC chief financial officer Brian Naish.

“If the purpose was to ensure that there were adequate reserves against future losses, then this makes sense because their biggest losses will be at the end of the continuum with small amounts of down payment and that’s exactly the category where they increased the premium.” said Ian Lee, a professor with the Sprott School of Business at Carleton University.

It is the second time the organization has boosted insurance premiums. It raised them across the board last May after nearly a decade of silence on the issue. At the time, CMHC promised to review its insurance premiums once a year, which is what sparked the most recent changes.