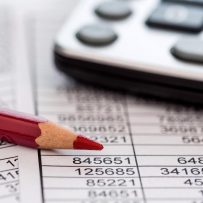 A submission was made to CMHC’s proposal to adopt a human rights based approach to housing at its website www.placetocallhome.ca. Through such, CFAA has communicated the needs of our industry to ensure landlords are properly represented.

Some of the housing-as-a-human-right advocates would take the approach further, and give each person a right not just to “a home”, but to the particular home that person occupies at any given time. They phrase their goal as “no forced evictions,” or “better security of tenure”. What they want could be called absolute security of tenure.

Across Canada, tenants do have significant security of tenure. In most provinces, in order to terminate a tenancy, a landlord has to establish a specific ground listed in the Residential Tenancies Act. Grounds for termination include demolition.

Already, before any change to a human rights approach, rental development and re-development is onerous and costly. Rental re-development would become prohibitive if every tenant in any building to be demolished had to be bought out at a price which that tenant determined. Tenants could effectively extort substantial amounts of money from developers, or could block re-development entirely.

Providing absolute security of tenure through the rule “no forced evictions” would seriously limit or prevent all large scale re-developments of properties with housing on it now. That would interfere with the supply of new housing, and make low-income people worse off than they are now. Ample evidence from the U.S. and elsewhere shows that the number one cause of housing affordability problems in any jurisdiction is barriers to the supply of housing.

Creating the rule “no forced evictions” would work exactly in the opposite direction to CMHC’s goal of facilitating housing supply at affordable prices and rents. A few tenants would receive a direct gift at the expense of increased housing costs to many other people, including other vulnerable people.

Another goal of the human rights based approach to housing is to enshrine targets in legislation. However, that comes with serious risks, especially if the targets are not accurate or become inaccurate over time. CFAA submits that the current affordability standards are not adequate as permanent targets. There are significant issues in setting targets, and they should be flexible over time, not cast in stone.

As desired interim targets, CFAA advocates a focus on moving households from deep core housing need to core housing need, so that those who are worst off presently receive support. In contrast, a goal of moving the greatest number of households out of core need could easily result in a misallocation of resources, by concentrating resources on the large group of people who appear to be in shallow housing need, who can most economically be moved out of housing need entirely.