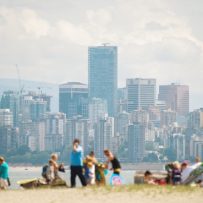 The controversial issue of foreign ownership of condominiums in Canada finally has some hard data to go by.

Canada Mortgage and Housing Corp. says the highest percentage of foreign investment in condos across the country is in Toronto, at 2.4 per cent.

That’s considerably lower than what some critics say.

In some select city areas, notably in Vancouver and Toronto, the rates are higher, according to the statistics released Tuesday.

Vancouver’s Burrard Peninsula, for instance, has a rate of 5.8 per cent while Toronto’s core is at 4.3 per cent, according to the numbers unveiled for the first time by CMHC, in its latest report on rental apartment vacancy rates.

The percentage of foreign condo ownership for Vancouver is 2.3 per cent, while it stands at 1.5 per cent for Montreal and 0.2 per cent for Calgary. The report covers the period up to the end of October.

Critics say that condos have become a handy place to park money, particularly for wealthy investors from China, and that the units end up staying empty or only briefly occupied.

One study last year said that nearly one-quarter of condos in some Vancouver areas were empty or occupied by non-residents.

The possibility that such a large number of foreign owners will flood the market in a huge selloff if the market turns bad has been raised by some observers.

Others say the use of condos as holding units for offshore investors ends up driving up the cost of housing.

“CMHC recognizes that there is demand to fill information gaps with respect to Canada’s housing markets,” CMHC said in a news release.

“To address this need CMHC has, for the first time, asked property managers to provide information on the total number of condominium apartment units owned by people whose permanent residence is outside of Canada as part of its survey.”

CMHC also said in its fall rental market survey that the average rental apartment vacancy rate for Canada increased slightly to 2.8 per cent from 2.7 per cent in October of 2013.

Story by: BERTRAND MAROTTE , The Globe and Mail