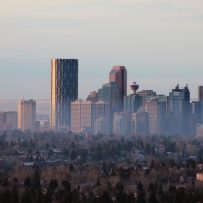 Nationwide, the Canada Mortgage and Housing Corporation (CMHC) is predicting moderation in the housing market in 2015 and 2016, though oil-dependant regions are vulnerable to “downside risks.”

The first quarter 2015 Housing Market Outlook suggests housing starts in Canada will drop one per cent in 2015, while MLS sales are expected to remain static. Price growth is expected to remain modest this year as well, with an expected increase to the MLS average sale price of 1.5 per cent.

But all eyes are on the oil-producing provinces as news rolls in of declining sales in city centres such as Calgary. The Prairie provinces, which until recently experienced high levels of net migration and relatively robust employment rates, are now bracing for further volatility in the energy market.

“Lower oil prices will negatively affect oil-producing economies like Alberta, Saskatchewan, and Newfoundland and Labrador, which will only be partly offset by the positive effects of lower exchange rates and interest rates across all provinces,” said Bob Dugan, Chief Economist for the CMHC.

In the Prairie Highlights report, Regional Economist Lai Sing Louie said the oil situation will have a “dampening effect” on economic growth, particularly in Alberta and to a lesser extent Saskatchewan.

Here’s how the major Prairie cities are expected to fare: 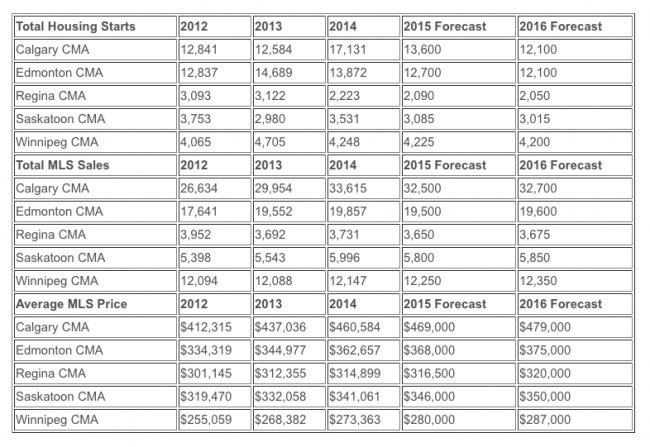 To see the full report on the Prairies, click here.