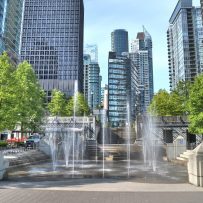 They have been shouldering much of the blame for Vancouver’s and Toronto’s rapidly escalating housing prices, but foreign buyers, in fact, own less Canadian real estate than originally thought.

They do, however, own more expensive abodes.

That number jumps even higher in Vancouver proper condo apartments, 10.6% of which are non-resident-owned.

The joint survey also revealed that non-resident buyers set their sights on Montreal after the 15% foreign buyer tax was introduced in Ontario and British Columbia.

“The stability and the share of non-resident-owned condos in Toronto and Vancouver, combined with the increase in Montreal after the introduction of the foreign buyers tax in Ontario and British Columbia, may indicate a shift in demand by non-resident buyers,” said CMHC’s Bon Dugan during a teleconference with reporters. “Other factors attracting demand to Montreal include lower house prices and a relatively strong local economy.”

While it’s become indisputable that non-residents own newer and more expensive homes, they don’t compose a large enough share of homeowners to have any discernible effect on home prices.

Rather, a chronic shortage of supply coupled with high demand—which will only continue with the inflow of immigrants—and land scarcity are the most likely reasons for the affordability crisis that’s afflicting Vancouver and Toronto.