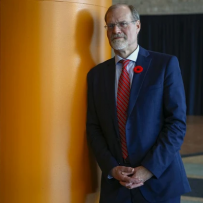 Ottawa council has given city staff the go-ahead to study a novel approach to increasing the number of desperately needed affordable housing units in the capital by leasing directly from private-market landlords.

Staff are scheduled to review and make recommendations on the feasibility of what’s called a “head-lease” program by the second quarter of 2022 — a timeline some believe will cause the city to miss out on a fleeting period of friendlier rental-market conditions.

Head leasing, explained simply, involves a principal party — it could be a municipality or a community agency — signing a lease with a landlord,  then providing the rented unit to a household in housing need. In London, Ont., currently piloting a head-lease program, unit occupants pay the city a portion of the rental amount based on their ability to do so.

John Dickie, chair of the Eastern Ontario Landlord Organization, told a joint meeting of two council committees recently that, because of the COVID-19 pandemic, rental units were more available than they have been for the past three years and that rent pressure had declined significantly in recent months.

“To capture that dip, really the staff and the city need to look at head leases over the next three months, not over the next year and not for the 2022 budget,” Dickie said. “If you leave it that late, you will miss the window.”

Asked by a committee member about Dickie’s concern, Community and Social Services general manager Donna Gray said that head leasing takes legal work, finances and the development of a program.

“Absolutely, we could move up the head leasing, but something else (in the work plan) would have to come out or be impacted, and we don’t even believe that we could implement the program this year,” Gray said. The preference and recommendation, she said, is that the timeline for the study be left as is and staff continue to focus on other housing and homelessness work considered to be critical.

The city’s two-year housing and homelessness work plan got the green light from a majority of committee and later, council members, without any changes to the head lease item.

“Asking rents are down, units are available and, from that point of view, it could be an excellent time for the city to take up some of these rental units, move some of the families into them.”

In addition to those in shelters, there were 372 homeless families housed in local hotels, motels and post-secondary institutions on an average night in 2020.

Dickie thinks dozens of landlords would come forward if head-leasing opportunities were put on the table in the next six months, potentially offering up to 200 or more units between them.

For landlords, much of the attractiveness of head leasing lies in filling vacant units while being secure in the knowledge that the city or partner agency is responsible for any unit damages that might occur. But it would also be a leap of faith on a new model for the city of Ottawa, although the head-lease approach has precedent in Canada’s housing sector.

“If (landlords) can rent normally, they’re not looking around quite seriously for other approaches … That will get their revenue stream coming back in to pay their expenses,” Dickie said. And, as soon as immigration to Ottawa resumes and students head back to university in-person, he predicts rental demand will return to pre-pandemic levels.

Kaite Burkholder Harris, executive director of the Alliance To End Homelessness Ottawa, says she knows the city is in “literal current crisis” and everyone is working around the clock because of the pandemic. She does think head leasing will still be workable a year from now, but  anticipates units won’t be as cheap and will be harder to come by.

She suggested testing the model in the short-term, on a small scale, for example 10 to 15 units.

“Ultimately, if we start small now, then we can look at scaling up after having not just … sort of a research review, but having tested it out. I think a lot of the time we need both and, and this would be a chance to do that.”