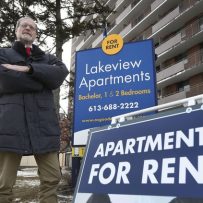 A bylaw proposed by the city would make sure landlords maintain their rental units and encourage tenants to help keep cockroaches, rats and other pests out of the building.

The draft bylaw published by the city on Tuesday would effectively set a minimum standard for all rental housing in Ottawa, including social housing.

Under the proposed Rental Housing Property Management bylaw, landlords would be required to log service requests from tenants and respond to vital requests within 24 hours.

Landlords would be required to provide tenants key information about the rental units, including how to contact the landlords, notify the city about any problems and make service requests to landlords.

A capital maintenance plan covering critical elements like the roof, heating system, plumbing, electrical system, fire escapes and balconies would be required for apartment buildings with 10 or more units or buildings with at least three storeys.

After learning that pest management is cited in a large portion of rental-related service requests, the city has embedded pest control standards in the proposed bylaw and the existing property standards bylaw.

The new measures would make sure landlords undertake preventative inspections and provide educational materials to tenants about preventing infestations. Tenants would be responsible to prepare their units for pest-control treatments when required and treat infestations of fleas, lice and ticks on their pets.

Outside of the bylaw, the city is developing an online searchable database so prospective tenants can view property standards and maintenance violations for an address over a five-year period.

Ottawa ACORN, which advocates for the rights of tenants, provided advice to the city during the consultation phase.

ACORN board member Norma-Jean Quibell said the organization is excited to see the development of an online database for property standards violations but ACORN really wants a citywide proactive enforcement program since “the current complaint-based system is insufficient for catching problems.”

Quibell said the city’s bylaw proposal is a step in the right direction but “it simply doesn’t go far enough to ensure every tenant has safe and healthy housing.”

John Dickie, executive director of the Eastern Ontario Landlord Organization, credited the city with coming up with a proposed bylaw that aims to solve existing problems but he still considers the new regime an “experiment.”

“We think it’s significantly better than what the city did consider, which was landlord licensing,” Dickie said.

Dickie said landlords will be most concerned about the enforcement of the rules and the templates that will set out the expectations for landlords and tenants.

Convictions under the bylaw would carry a minimum $500 fine for each day the offence occurs with a daily maximum of $100,000.

Much of the paperwork that would be required under the proposed bylaw is already being managed by landlords, especially at apartment buildings, Dickie said.

When it comes to the city’s development of an online database of rental addresses, Dickie said landlords don’t want the database to merely include complaints from tenants since those remarks could be ill-founded or potentially malicious.

The city anticipates the bylaw would come into effect in August 2021 if approved by council later this month.

The community and protective services committee is scheduled to consider the proposed bylaw during a meeting on Aug. 20 and send a recommendation to council for a vote on Aug. 26.