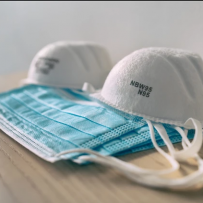 The City of Toronto has received nearly 2,000 complaints about apartment and condo residents who remain unmasked in common building areas but has not issued a single ticket or charge in response.

Toronto’s mandatory face-covering bylaw — at least for apartment and condo residents — has no teeth.

“Under the provincial regulation, there is no provision to charge an individual — the person not wearing the mask — for not wearing a mask in a condo or apartment building,” according to a statement from city spokesperson Alex Burke.

Instead, the onus is on the building’s owner or operator to ensure residents don a mask covering their nose, mouth and chin in settings like lobbies, elevators and laundry rooms where a two-metre distance is not possible.

Individuals are not required to prove to the building owner that they have an exemption to the mandatory mask rule.

If the city receives a complaint, it sends in a RentSafeTO team to advise the building owner of the requirement for a masking policy, proper signage and education.

“And, if required, a follow-up inspection is conducted,” the statement says. “No charges have been laid against owners/operators to date.”

The Doug Ford government brought in the Reopening Ontario Act which makes masks or face coverings mandatory in all public indoor settings, and the City of Toronto backed that up with a bylaw that included apartments and condos.

The city’s 311 service has taken 1,950 complaints about people who refused to cover their faces in common areas of residential buildings since its mandatory mask bylaw took effect Aug. 5.

As a COVID-19 hotspot, Toronto has been in the grey or lockdown zone since Nov. 23.

The Ford government ushered in a second state of emergency after public health modelling predicted a rising number of COVID-19 cases that might overwhelm health-care resources.

The Toronto Sun asked Jones’ office if the powers would allow bylaw officers to charge a tenant who refused to wear a mask in a common building area.

“(The) announcement will provide additional tools to ensure law enforcement partners are able to hold individuals accountable for non-compliance in order to further support our efforts to stop the spread of COVID-19,” Jones’ spokesperson Stephen Warner said in an email.

The section of the provincial legislation that the city is relying on to interpret apartment and condo masking rules did not change with the recent state of emergency.

Toronto Mayor John Tory has complained publicly about what the city sees as a lack of clarity in provincial orders.