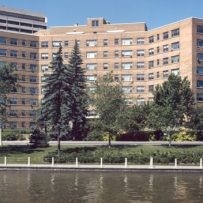 To move some of the hundreds of families living in hotels, motels and other forms of emergency shelter in Ottawa into more permanent homes, the city is making $1 million available and looking to landlords with family-sized units to step up to the plate.
Through the Ontario Renovates program, the city is offering loans of up to $50,000 per unit for upgrades, repairs and accessibility modifications to landlords who agree to rent those units to families in the emergency shelter system.
The interest-free loan is entirely forgiven if the landlord maintains for 15 years rents at or below “average market rent” as defined by the Canada Mortgage and Housing Corporation. Most recently, that was $1,514 for a two-bedroom apartment and $1,452 for a two-bedroom townhome, the minimum bedroom count for eligible units under the new initiative. If the landlord decides to raise the rent above that threshold, the balance of the loan, with 6.7 per cent forgiven every year, will have to be repaid.
“Everyone’s often looking for the silver bullet when it comes to affordable housing. So people are looking for the big programs. You hear about, you know, the federal government … and we need these big visionary things,” said Saide Sayah, the city’s acting director of housing services.

“But I think sometimes we honestly forget that it’s one unit at a time, right? One family at a time.”

To match families with landlords who respond to the city’s request for proposals, due Dec. 7, there won’t be a rigid selection process like that governing placement from the centralized waiting list for social housing in the city, Sayah explained. Instead, city staff will work with shelter staff, identify families interested in certain neighbourhoods and consider unique needs, like mobility or finding a home for a large family.

“Some units just don’t exist in the market or they’re just very rare … If we can fill some of these niches, that would be really nice,” Sayah said. It also has to be “a good fit” between the family and landlord. Households will sign a lease and, as tenants, cover the rent with their income and any portable housing benefits they receive.

The program addresses a confluence of challenging housing realities, Sayah explained: There’s the pressure on the emergency shelter system in Ottawa, discrimination and other housing market barriers that families in that system face and rising costs associated with acquiring and constructing new housing.

But it also satisfies a direction to staff that passed eight months ago, Sayah confirmed, after two councillors moved to bring an end to the city’s controversial arrangement with a Vanier hotelier to shelter homeless families in off-site apartments. A majority of committee members opted instead for a city-run “housing blitz” to find permanent homes for families in the shelter system. Sayah said the program being rolled out now is intended to accomplish this.

He also confirmed that the owner of the apartments scrutinized at committee last spring could, in theory, be granted funding through the RFP process. But the units would have to operate as regular rentals, rather than emergency shelter spaces that receive ongoing city funding. There are six households being sheltered in the Tabor apartments currently, Sayah said, down from 17 families last February.

In principle, Eastern Ontario Landlord Organization chair John Dickie is all for the city’s new take on the Ontario Renovates program. Make the money available to the private sector, attach it to renting to families experiencing homelessness and “ let the city get something very helpful for its and the province’s money” — it’s a win-win-win in Dickie’s eyes.

In practice, however, he thinks the city has made the application process too complicated. And maybe that prevents people from applying in sufficient numbers, or maybe it means a bunch of people still apply, but only a fraction get access to the money, while the rest get nothing for the effort invested.

“I’m concerned that the city may not have got the balance right in terms of the amount of work they want people to do on pure speculation,” Dickie said.

This won’t be the city’s first foray into the private rental market to try to connect landlords with people in housing need. In 2020, it partnered with the Alliance to End Homelessness Ottawa on a housing blitz, which didn’t offer financial incentives to landlords or require particular affordability, but ultimately got 30 households into homes.

“I’m always cautious when we subsidize the private sector. So there’s this kind of constant tension with that,” ATEHO executive director Kaite Burkholder Harris said of the city’s Ontario Renovates initiative.

She sounded a note of caution about time-limited commitments to affordability and believes larger landlords, certainly, should be making in-perpetuity commitments if they’re getting this money for their units. Otherwise “it really is just pushing homelessness down the road, or housing precarity.”

Still, she says the initiative is another tool, which is a good thing, and she does think it could offer a valuable opportunity to build bridges with local landlords, something Sayah says is a major goal (though the RFP is also open to not-for-profits, charities and registered community housing providers).

Ottawa has a significant secondary rental market, populated by smaller landlords, and this is the group they’re hoping to target in particular, Sayah said. And, ultimately, if it proves successful, this $1 million could be the beginning of a continuing program.

“I think we can find some good landlords to work with,” Sayah said. “I’m very optimistic that we can keep this going.”