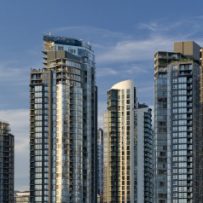 Prairies On Fire As Toronto Lags

Some of Canada’s major metro areas have seen soaring rental prices over the past decade, but which cities those are could surprise you.

Canada’s largest and most expensive rental markets saw some of the weakest rental rate growth over the past decade, while the biggest jumps took place on the booming prairies and even in Atlantic Canada, says BuzzBuzzHome in an analysis of data from the Canada Mortgage and Housing Corp.

Regina saw the largest rental price hikes in the country, with the average cost of a two-bedroom apartment soaring nearly 73 per cent, to $1,018 in 2013, compared to $589 in 2003. Halifax saw rental rates rise nearly 36 per cent during that time, faster than Toronto, Montreal or Vancouver.

According to the Bank of Canada, overall inflation during that period amounted to 19.65 per cent. Only one of the major markets surveyed by BuzzBuzzHome saw rents rise below the rate of inflation: Toronto, which saw a tepid 16.6-per-cent increase.

Vancouver had the priciest market in the country, with two-bedroom apartments going for $1,281, beating out second-place Calgary, where two-bedrooms went for $1,224 on average. Toronto came in third, at $1,213.

A decade ago, Toronto rents were the highest in the country and about 8 per cent higher than second-place Vancouver.

Toronto’s booming condo market could explain some of the relative weakness in rental rates. With condos coming online at a faster clip than population growth, the supply of apartment housing in Toronto has been increasing.

The CMHC estimates that slightly less than a quarter of Toronto’s condo stock is now part of the rental market.

As Alberta’s population booms, the province’s rental apartment vacancy rates have become the tightest in Canada.

At the end of 2013, major centres with the lowest vacancy rates for apartment rentals were Calgary at 1 per cent, Edmonton at 1.4 per cent and Toronto at 1.6 per cent, according to the latest numbers from Canada Mortgage and Housing Corporation (CMHC).

“The strong in flow of interprovincial and international migrants into the province is the primary driver of the low vacancy rate in Alberta’s two major cities,” Todd Hirsch, Chief Economist at ATB Financial, wrote on the company’s blog.

The low vacancy rates mean higher rents, he says: “Unlike certain other provinces, there are no restrictions on the monthly rents that landlords can charge in Alberta.”

Vancouver had the priciest market in the country, with two-bedroom apartments going for $1,281; Calgary comes in second with $1,224, and Toronto is third with $1,213.

Click here for a look at some of the most expensive apartments for rent in Calgary.