Cities With Best Reputations: Vancouver, Montreal In Top 10 As Toronto Drops Out 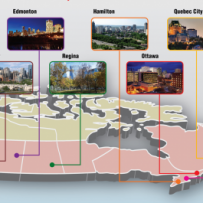 Sorry, Toronto, you no longer rank with the best.

That’s the message from new rankings by the New York-based Reputation Institute, which placed Toronto second among the world’s most reputable cities last year, only to drop it out of the top 10 this year.

Vancouver, however, clambered its way back into the top 10 after falling out completely in 2013, while Montreal was new to the elite class of global cities.

The institute devises its rankings by looking at factors such as “advanced economy, appealing environment and effective government,” according to its 2014 report. 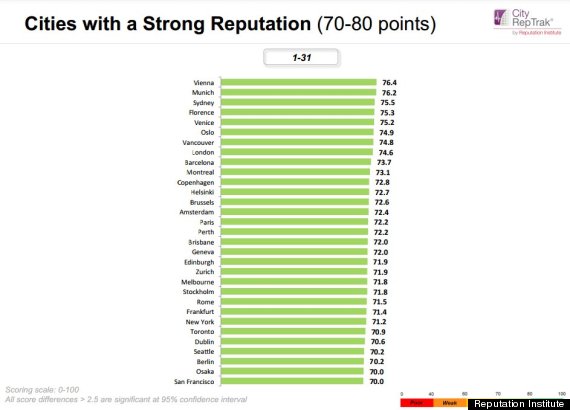 When evaluating an “advanced economy,” it considers performance indicators such as whether the economy is “technically advanced,” is primed for future growth and “offers a favourable environment for doing business.”

An “appealing environment” is decided by looking at whether the city is physically beautiful, whether it has great options for dining, sports and entertainment, and whether well-known “artists, scientists, inventors, writers, athletes and politicians” make their home there.

Finally, an “effective government” must be run by “well-respected leaders,” it must oversee “adequate infrastructure” such as transportation and public services, and it has to administer a “safe environment for visitors and residents.”

The institute came up with its data by interviewing over 19,000 people in G8 countries, in cities that had large populations, strong gross domestic product and heavy tourism.

Toronto declined by 8.6 points from last year’s survey, leaving it with 70.9 points but still ranking it among “Cities with a Strong Reputation” (between 70 and 80 points).