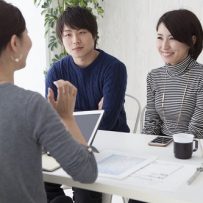 Real estate markets in Quebec, Alberta, and Nova Scotia are becoming increasingly popular among Chinese property buyers and investors, according to a new analysis by Juwai.com.

“The Chinese buyer boom in Montreal began earlier and is larger than in other second-tier cities. However, some smaller markets saw bigger Chinese buyer booms on a relative basis during 2018,” Juwai.com CEO and Director Carrie Law said.

All in all, Chinese-home buying intentions across Canada went up by 8% annually in 2018, with recovery in the second half of the year making up for a noticeable slowdown in the first six months.

“In the second half, demand reversed as Chinese buyer enquiries returned to growth levels. Buyer enquiries climbed 43.6% during the third quarter and by 45.1% in the fourth quarter, compared with the same periods during the prior year.”

Chinese inquiries for residential purchases in Montreal grew by 35.7% year-over-year. Calgary and Halifax had considerably greater increases of 234.4% and 394.0%, respectively.

“Until 2017, only a relative handful of buyers from mainland China [were] aware of Calgary and Halifax, and many fewer purchased property in them,” Law stated.

“That is changing, as Chinese buyers seek more affordable homes and to avoid high foreign buyer taxes. The property industry in these cities is also increasingly making efforts to market to buyers from China. They are successfully marketing local real estate in terms of affordability, lifestyle, and educational institutions.”

In stark contrast, Chinese inquiries in Toronto noticeably fell by 10.3% annually in 2018, while Vancouver had a 2.8% loss.

“With steep foreign buyer taxes and high prices in Vancouver and Toronto, we have seen an increasing number of Chinese buyers shift to other cities in Canada,” Law said.