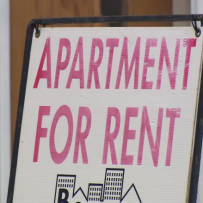 Upcoming changes to the provincial housing act may make it easier for landlords to recover back rent or costs for damages from tenants, but critics say the bill isn’t doing much to make sure small rental operations have enough cash to make it through the pandemic.

Bill 184, also known as the Protecting Tenants and Strengthening Community Housing Act, would provide a number of new avenues for landlords to both evict and collect unpaid rent from current and past tenants.

The changes would apply retroactively to when the province first declared a state of emergency over the COVID-19 pandemic.

Sudbury NDP MPP Jamie West says bigger cities like Toronto face a rash of “rent evictions,” where property owners evict tenants under the guise of undertaking improvements to the site. Once the unit is vacated, landlords can turn around and rent to someone else, often with an increase in rent.

The situation is a little different in northern communities, West says.

“In Sudbury, the majority of our landlords are what I would call a mom and pop landlord,” West said.  “We know a lot of these people…they work full time, and they own a duplex or they live on one side of the duplex, or they rent their basement.”

“They’re really struggling and I’m not sure how much this will help or not help them.”

West says the NDP has been pushing for rent subsidy to tenants.

“For households experiencing unemployment or lost income as a result of COVID-19, the NDP is proposing the government subsidize 80 per cent of the household’s monthly rent, up to $2,500 per home, per month, for up to four months. The funds should go directly to renters, and arrive as quickly as possible.”

The idea has come under some criticism, West says, because of the belief that tenants would then be living rent-free during the pandemic.

But that isn’t what the party is advocating for.

“But what we’re saying is that we provide 80 per cent rent support as a subsidy to [the tenants,] and that allows them to pay their bills,” he said. “So these mom and pop landlords could also pay their mortgage and make ends meet.”

He also says renters would find themselves better off financially when the pandemic finally ends.

No cheering from landlords, yet

Sherry Jordan, the vice president of the Sudbury Landlords Association, says the changes to the housing act, which will now allow landlords to take any arrears collections to the Landlord Tenant Tribunal, will be a step in the right direction.

“Right now, the tenant has to be physically living there for the landlords to use the Landlord Tenant Board,” Jordan said. “Otherwise they have to go to small claims court.”

Jordan also says that in the current process, if a tenant falls behind in rent, landlords have to take the case to the tribunal. Tenants can set up a repayment plan, but only after a second meeting at the tribunal. The process can take months.

The changes to the housing act eliminate that step, Jordan says, meaning tenants in arrears can be hit with a repayment order, sooner.

The changes should help landlords who are trying to recover costs or evict trouble tenants, but the group isn’t celebrating just yet.

“In the landlord business we kind of wait for things to happen before we start to cheer,” Jordan said.

But overall, Jordan says landlords should be encouraged with the changes.

“We’re happy to see that there’s going to be some changes that are going to benefit us this time.”