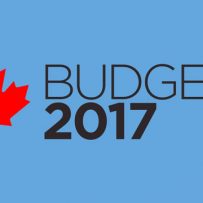 Taxes – No increase in the capital gains inclusion rate

Despite the rumours that had been swirling around in business circles, Budget 2017 did not make any changes to the capital gains inclusion rate (CGIR). That rate is extremely important for rental investors of all sizes.

The CGIR is currently 50%. Of a capital gain on the sale of a rental property of $100,000, $50,000 is taken into income and taxed at a person’s tax rates. During 2016, the government reviewed various tax credits and tax expenditures, especially those which disproportionately benefit the highest income earners, that is, those with annual incomes above $200,000. While the review took place in great secrecy, CFAA communicated to key people in government that an increase in the capital gains inclusion rate would be disastrous for rental housing supply, for the economy, and for tenants.

In large part, an increased capital gains inclusion rate on rental housing would be an increased tax on the poor, exactly contrary to the government’s goal of making housing more affordable.

Budget 2017 promised a paper in the coming months on several tax planning strategies, including:

That review will require watching so that rental housing providers are not sideswiped. The continuation of skyrocketing house prices in Toronto and Vancouver may also keep the capital gains inclusion rate in issue for government policy makers.

No reduction in the GST/HST

Budget 2017 did not eliminate or reduce the GST/HST on new rental construction.

Here are the key housing measures in Budget 2017:

While this may sound like a lot of money, the federal funding available for new affordable housing construction would not exceed about $6 billion over 11 years. At current subsidy rates, averaging $150,000 per door, that would produce a maximum 40,000 new affordable rental units, or an average of 3,650 units per year. Such a limited creation of new affordable units will not have any transformative effect on Canada’s rental markets. Each year, two-thirds of low-income households will continue to rent in the private rental market, but receive little or no housing-specific assistance. 500,000 low-income households could be helped for the 11 years if that funding were used for portable housing benefits (PHBs).

There are to be six more months of consultation on the National Housing Strategy. The government is still developing a national Poverty Reduction Strategy, and it may include PHBs. Visit www.CFAA-FCAPI.org/submissions.php to read CFAA’s submission to the HUMA Committee of Parliament on why a PHB program is essential for cost-effective poverty relief.

CFAA will be working hard to get pieces of this funding allocated for private sector development or retrofits, and for portable housing benefits. The provinces will also play a major role in many of those decisions.