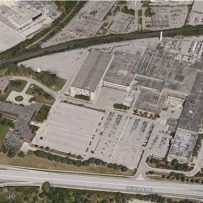 The 60-acre parcel of land at Don Mills and Eglinton belonging to Celestica International, an electronics manufacturing company, has been acquired by a trio of Toronto-based developers. Diamondcorp, Lifetime Developments and Context intend to turn the Celestica Lands into a mixed-use community with housing, office space and recreational facilities.

Celestica has said the property, which will be located along the new Eglinton LRT line, sold for $137 million. A news release published Friday by Diamondcorp indicated that Celestica will keep its head office on-site in a newly constructed office building.

Approximately 30 per cent of the interests will be held by Context. Gerald Schwartz, a controlling shareholder and director of Celestica, has a “material interest” in Context and also has a non-voting interest in Diamondcorp’s Whitecastle New Urban Fund 3, which will have an approximate 25 per cent interest in the purchase.

The redevelopment of the lands has been debated by the City of Toronto and Celestica for years and the company applied to have its Employment zoning designation changed to Mixed Use in 2014. An Employment designation means the owner cannot develop the land for residential purposes.

An early proposal for the site envisioned 2,897 dwelling units, 77,136 square metres of office space, and 9,105 square meters of retail space across seven development blocks. The parcel of land would be split between a general employment area and mixed-use areas.

The proposal envisioned eight high-rise apartment structures, ranging from 33 to 40 storeys, as well as four-storey stacked townhouses. The office buildings would range between two to eight storeys in height.

Diamondcorp has a hand in a number of major redevelopment projects and proposals in Toronto. They are currently involved in The Well, the 7.7-acre redevelopment of the Globe and Mail lands near Front and Spadina, as well as Garrison Point, a master-planned community coming to Liberty Village.