Caring for aging parents costs Canadians $33B a year: CIBC 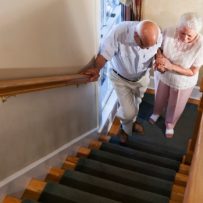 In the report, CIBC economists Benjamin Tal and Royce Mendes note that demographic challenges stemming from longer lifespans and lower birthrates are increasing the burden of caring for Canadian seniors.

“An aging population combined with longer life spans and strained social services has in recent years seen more and more Canadians taking on the role of caregiver for their aging parents,” Tal and Mendes wrote. “And, in the coming years that tendency is only likely to intensify.”

While CIBC estimates the annual out-of-pocket costs for two million Canadian caregivers is around $6 billion, or about $3,300 per person, Tal and Mendes wrote that the greater economic impact is tied to lost wages or burned vacation time.

“Close to 30% of workers with parents over the age of 65 take time off from work. These people sacrifice roughly 450 working hours a year,” Tal & Mendes wrote. “Given the average wage in Canada, that translates into roughly $27 billion of lost income or foregone vacation time. And, that doesn’t even take into account the reduced potential for job mobility or promotion that could be associated with taking that amount of time off from work.”

The CIBC economists noted the burden of caregiving is disproportionately shouldered by women and those in lower income brackets.

“The likelihood of needing to take time off to care for a parent increases as you move down the income scale,” they wrote. “There is also a clear gender story here, with women taking 30% more time off than men to care for aging parents.”

And the CIBC economists warn that the looming crunch of baby boomers entering their golden years will only exacerbate the problem in the future.

“In real dollars, we estimate that costs will mushroom by more than 20% over the next ten years due solely to the changing demographics,” they wrote. “Add in the fact that costs associated with the elderly are already rising faster than the pace of inflation because of the high demand for such goods and services, and you can see that this will be a major consideration for a number of Canadians.”