CANADIANS STRUGGLE WITH RISING COSTS; LOWER-INCOME HOUSEHOLDS BRACE FOR WORSE IN THE MONTHS AHEAD 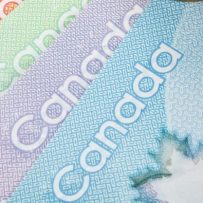 On the cusp of throwing off the shackles of a 16-month pandemic, Canadians are already being weighed down by a significant side effect of COVID-19: inflation. What’s more, they expect the situation to worsen in the months ahead.

Nationally, the price for every component of the consumer price index (CPI) – which tracks the broad cost of living in Canada – rose 3.6 per cent compared to last year. Observers note that inflation remains within the Bank of Canada’s target range, but many Canadians are already feeling the financial pressure.

Now, a new study from the non-profit Angus Reid Institute finds Canadians already experiencing rising costs in day-to-day lives. More than nine-in-ten say over the past six months it has become more expensive for them to improve their home through renovations (96%), potentially purchase a new home (95%), fill up their tank with gas (93%) and buy groceries for their household (92%).

This, while 56 per cent of renters say their monthly cost has increased as well.

Overall, Canadians are much more likely to say they are worse off now than they were at this time 12 months ago (34%) than to say that they are better off (20%).

Part One: The year past and the one ahead

While the end of the COVID-19 pandemic — and the economic penalty imposed by health restrictions — is in sight, yo-yoing public health orders have caused significant job losses across the country. Canada lost 68,000 jobs in May as Statistics Canada reported a countrywide unemployment rate of 8.2 per cent.

The latest figures have the country about 571,100 jobs short of where it was in Feb. 2020, prior to the pandemic. Those that earn the least per hour were the hardest hit, according to a report by CIBC Economics. Part-timers, temporary workers and the self-employed suffered the most, while higher-income Canadians experienced job gains, which is very unusual during a recession according to the report.

The unexpected gains by the wealthy weren’t limited to the job market. Homeowners have seen their values spike. According to the Canadian Real Estate Association, the average sale price of a home increased by 31.6 per cent in March compared to a year earlier.

Those holding other assets have come out of the pandemic smelling like roses as well. After a significant dip at the start of the pandemic to a low below 12,000 in March 2020, S&P/TSX Composite index has rebounded to closing over 20,000 this month for the first time ever.

With all these factors in flux, for the first time since before the pandemic (and perhaps driven by those holding assets like homes and stocks), those that say they are better off than a year ago has risen slightly, to 20 per cent. Most (45%) say their financial situation is no better nor worse than it was twelve months ago. Fully one-third (34%) say they are worse off than last year:

Regionally, this is most keenly felt in Alberta and Saskatchewan, provinces most heavily dependent economically on the oil and gas sector. Prior to the pandemic, it was already being hit hard by a price war between Saudi Arabia and Russia that drove the cost of a barrel of West Texas Intermediate to $31.13 on March 9, 2020. Then came reduced demand global due to COVID-19. The most recent blow, last week’s news that TC Energy was officially and permanently ending its bid to build the Keystone XL pipeline, 13 years after it was first proposed. The Alberta government agreed last year to invest more than a billion dollars in the project to keep it going, plus billions more in loan guarantees. The final bill to Alberta taxpayers will be some $1.3 billion for a project that is now dead.

The economic effects of the last twelve months of the pandemic have been felt most acutely by those in lower income brackets. Those with household incomes of less than $25,000 annually (46%) are twice as likely to say they are worse off now than a year ago than those in the highest income brackets (23%):

And while household income may often correlate with age, it is notable that the youngest Canadian adults who are most likely to report being both better off and worse off compared to the year before. By contrast – those over the age of 35 are far more likely to say they are worse off than doing better:

What about the year ahead?

Across the country, the prairies and Newfoundland and Labrador are home to the most pessimistic Canadians. Three-in-10 of those in Alberta (29%) and Saskatchewan (32%) believe they will be worse off a year from now. More than one-quarter (27%) in Canada’s eastern most province hold a grim view of the year ahead, while in neighbouring Nova Scotia, the outlook is brightest. One-in-four in that province expect to be better off this time next year:

Households in Canada’s lowest income brackets don’t see clouds parting on the horizon. As pandemic-era benefits move towards sunset, those most likely to receive CERB, according to Statistics Canada – face the uncertainty of re-entering a changed job market in which low-wage workers bore the brunt of the job losses.

Perhaps unsurprisingly, households earning less than $25,000 annually are the most likely (24%) to believe they will be worse off a year down the road, while those in households making $25,000 to $50,000 annually are the least likely (20%) to believe things will get better. On the other end of the wealth spectrum, those in six-figure households are the most optimistic about their financial future:

This outlook manifests to a certain extent along partisan lines. Those who voted for the Conservative Party in the last federal election are the most likely to report that they believe they will be worse off in a year’s time (32%). As for Liberal voters, they are not only the least likely to report the same fear (13%), but they are also the most optimistic about their prospects in the coming year (29%).

Statistics Canada’s most recent consumer price index report shows people in this country are paying 3.6 per cent more for staples than they were this time last May. It represents the largest yearly increase in a decade, and it is a near-universal experience for Canadians.

Whether it has been the squeeze of trying to fill a grocery cart with food that is ever more expensive, or a tank of gas that won’t take them as far as it used to, these new ARI data reveal that near-unanimous majorities report feeling pressured at the cash register on all manner of expenses, from the core basics to the extras.

Confined to their houses or apartments over the past year, a precipitous rise in the cost of renovations hit many close to home. Driven in part by lumber shortages and supply chain disruptions, almost every single respondent who undertook some form of home improvement, or considered it, reported increased costs:

Consider that at least 91 per cent of residents in every region (and with an awareness of prices) reported that the cost of their weekly grocery bill rose and that an even higher number said the same about the cost of gasoline (93%).

When it comes to putting concrete numbers to these increases, the Food Price Report released in early 2021 predicted that families can expect to add $695 to their annual food bill – one of the most staggering surges in the 11-year history of the report.

Among those who considered buying a car, 72 per cent noted that prices had increased (see detailed tables). The rising price of cars was partially fuelled by a global shortage in semiconductors which short-circuited the automobile industry and which contributed to the limited availability of certain models.

The ebullient housing market is being in part enabled by record low interest rates. In an effort to offset the dampening effect of the third wave of the pandemic, the Bank of Canada recently decided to keep its benchmark interest rate steady at the record-low of 0.25 per cent. This access to cheap money, combined with the collective cabin fever which gripped households across the nation, resurrected the perennial debate about the price of real estate and pushed many Canadians to consider purchasing a larger home.

This is true across Canada with at least 83 per cent of residents (who reported an awareness of the real estate market) in every region of the country saying that housing prices in their community rose over the past six months.

It hasn’t only been super-majorities among those living in the already-churning real estate markets of Metro Vancouver and the GTA who report housing costs rising “a lot” (85% and 84% do, respectively), but also those in markets who are newer to the phenomena of overheating. Perhaps lured by the prospect of lower prices and more space (or targeted advertising campaigns such as the one released by Work From Nova Scotia), many prospective buyers are searching further afield. Indeed, those in Greater Montreal and Halifax report the most intense increases in the country:

Please note that data from other cities are not included due to small sample sizes.

The perceptions of respondents match empirical data. According to the Canadian Real Estate Association (CREA), rising prices have been particularly precipitous in cities such as Halifax and Montreal which entered the pandemic as relatively inexpensive when compared to the sky-high prices found in Vancouver and Toronto.

Among those currently renting, more than half (56%) reported an increase in that key monthly cost in the past six months. Rent increases were not confined to urban areas but were also felt in rural communities. Of particular note, almost no one in the country reported their rents decreasing:

Expectations for next six months

While an economic recovery may have the spirits of many people rising across the country, few Canadians have any expectation that the rise in prices will level off or drop over the next six months.

More than four-in-five (85%) say that they expect groceries in their community to continue to become more expensive, while nearly the same number say this of gasoline (84%). Four-in-five also expect little relief from rising housing costs.