CANADIANS ARE PAYING BIG PREMIUMS TO OWN INSTEAD OF RENT, SHOWS CMHC DATA 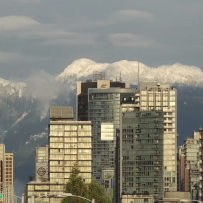 Households in Canada’s largest real estate markets are big premiums to own. Canada Mortgage and Housing Corporation (CMHC) analysis shows the gap between the cost of owning and renting in 2020. Carrying costs in the largest market are now almost double that of paying rent. That isn’t a general rule though, with some markets cheaper to own than rent.

Toronto Condo Buyers Pay an 86% Premium To Own

Greater Toronto real estate has the biggest gap between owning and renting. Condo apartment owners are paying 86% more to own than rent in a purpose built building in 2020. This is down from a peak of 101.47% in 2018, due to climbing market rents and falling interest rates. However, it’s still 60% higher than it was in just 2015. This was the biggest premium paid in any Canadian real estate market.

Vancouver Condo Owners Pay A 56% Premium To Own

Greater Vancouver real estate is more expensive than Toronto, but closer to renting. Condo apartment owners are paying 54.38% more to own than rent in 2020. That’s down from the peak of 84.12% in 2018, but pretty close to the 53% in 2016 – a decade low. Like I said, it was closer than Toronto. It’s still elevated in contrast to other major cities, especially outside of Canada.

Victoria real estate is notoriously expensive, but paying a mortgage is still cheaper. The cost of carrying a condo apartment was 13.35% lower than renting in a purpose built in 2020. As recent as 2015, it was 27.45% cheaper to carry a condo than rent in a purpose built apartment. Part of this has to do with the average rent being even higher than Toronto or Vancouver. Now that’s something.

Edmonton real estate has the smallest gap between owning and renting of the major cities data was provided for. The cost of carrying a condo apartment was 7.03% higher than renting a purpose built apartment. This down from a recent peak of 32.49% in 2013, which was considered lofty at the time, during peak oil. However, it gives you some context into how big the gap in places like Toronto and Vancouver are.

One important note to take away is this doesn’t tell us much about affordability or fundamental value. Rents can be undervalued, or condos can be overvalued if there’s a disconnect. It also doesn’t tell us about the size of downpayment, which is prohibitively large in some regions. It does tell us the relative values in comparison to each other, and what kind of premiums people are paying for a lottery ticket.